There’s something about gay marriage proposals that always make us emotional. And when it’s as beautiful and touching as this one, done on a beautiful NYC day in December – you just can’t help but get emotional. 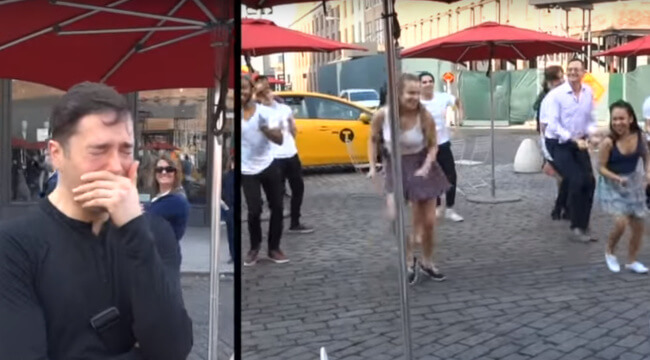 The couple in this video consists of Mark and Yuval. This all happened on December 13, 2015, in New York – when Yuval was told he was going for a brunch outside with his family and his partner, Mike. Little did he know about the surprise Mike was planning.

When “their song” started playing at the coffee shop, and dancers started dancing in the street – Yuval still believed they were just lucky to see a live dance performance. But then, Mark joined the dancers…

I won’t spoil it – just go and watch the entire video right here: