Michael Nemeth’s books are not your ordinary run-of-the-mill horror creations. As a gay writer with a troubled past – he was abused and raped in his childhood – Nemeth takes some of life’s most horrifying moments – and puts them in his creations. 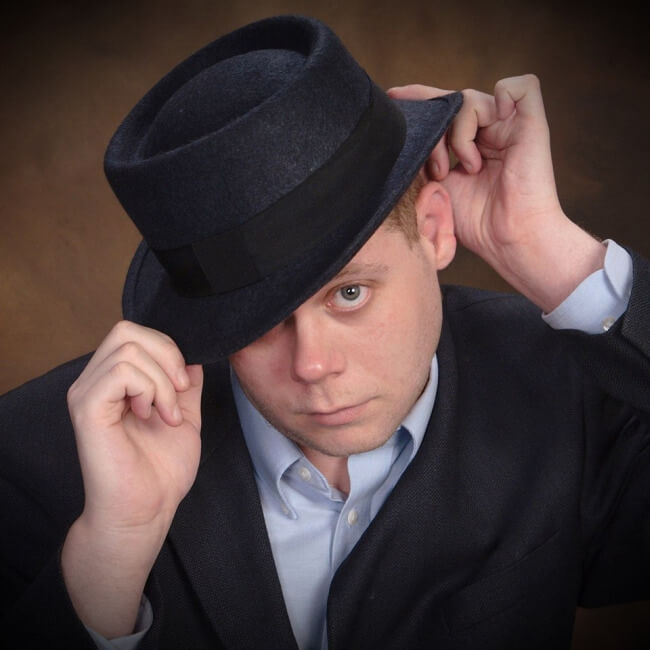 His first book, “Internal Damages”, deals with two young men who are haunted by similar events from their dark past. It grabs you by the neck and doesn’t let go, even when addressing directly topics such as child molestation and abusive parents.

Originally from Ohio, Nemeth had left the University Of Phoenix in order to concentrate on his writing, and is now ready to open up about his experiences, his writing – and his past.

Your first book, “Internal Damages”, deals with very difficult topics, and is based in part on your real life. How did you decide to bring those particular subjects up and in such a public way?

As a rape victim, I know how it feels to be taken advantage of and be used as a doormat. There are multiple male rape cases that are never reported. I shared my story with the world because as men we are taught to be strong.

However when faced with sexual assault we are not taught how to fight back or say no. Individuals who are assaulted might not speak out because it is viewed as weak, or they fear  negative repercussions. I want men of all ages, especially the younger generation, to know it’s ok to say no and speak up and seek help when faced with sexual violence.

The main reason I wrote “Internal Damages” was because I wanted to reach out to everyone who had or is suffering from any form of abuse basically. There was a time when I was scared of what people may think of me afterwards. But then two good friends of mine convinced me that it’s time to let go.

I wanted to be a voice and a beacon of hope for the younger generation. I wanted my story to let individuals in similar situations know they are not alone.

While writing the book, were you able to come to terms with your own past? Are you handling it better, now that everything is out there? 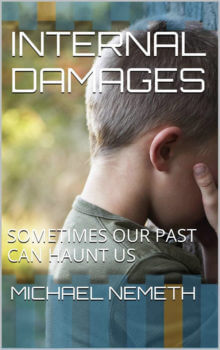 In the beginning, when I first started writing “Internal Damages”, I was having panic attacks and cold sweats at night. I would dream about the guy who raped me.

But now that my book is available for sale to millions of people, I barely have nightmares or panic attacks.

So you can say writing it was a good choice for me to make. I remember as a child being so distraught and traumatized, that I became very shy and had very few friends because of what happened – but now I’m a social butterfly.

These events from your past have surely affected your romantic relationships later in life. Is there a way to climb out of such a past?

It used to affect my romantic relationships as an adult because I couldn’t trust men. I was scared to open myself up to them because I was severely damaged as a child.

I remember my first relationship, with a boy named Luke. When he and I finally had intercourse I cried right after because he was rough and it reminded me of my past. Is there a way to completely overcome your past? Honestly, I don’t think so. But I do believe things happen for a reason, to make us grow stronger.

Opening up these old wounds in a book must have been difficult for your family, as there are a lot of touchy issues regarding fathers and father figures. What was your family’s reaction?

My family isn’t your ordinary family you see on the television. Honestly I don’t think they know that “Internal Damages” is about my childhood, because I’ve never mentioned that I was going to write about my life.

Sooner or later they will find out, but until then I think it’s better for me not to say anything because most of my family doesn’t know what happened to me, it was kept a secret.

What were some of the reactions you’ve gotten since releasing the book?

I got a comment from somebody I used to be friends with, He said, and I quote: “Damn! The sex scene between you and the baseball coach turned me on!”. I was speechless, I wasn’t expecting that honestly. It was a rape scene between an older man and a child. So I wasn’t flattered or honored but insulted.

Aside from that I’ve been been getting a lot of positive feedback, and that’s what I was praying for.

What would be your message to teens who might be facing similar situations, or have suffered like this in the past?

When a person is raped or sexually assaulted, his or her world is turned upside down. Not only has he or she been violated in the most intimate way possible, he or she has to heal from the assault.

But how? Society is still afraid to talk openly about rape or sexual assault; people may not know how to approach the rape victim – afraid to say the wrong thing.

Every person who has been sexually violated responds differently to the crime – some become horribly depressed while others become very angry. You may feel shame, depression, anxiety and fear after the attack. No matter how you feel, know that things will become better, you will learn to heal, and life will go on in your new normal.

Find – and join – a support group for victims of rape and sexual assault. It can be very healing to be among people who understand the feelings you are dealing with. Be patient with yourself – It can take a long time to recover. 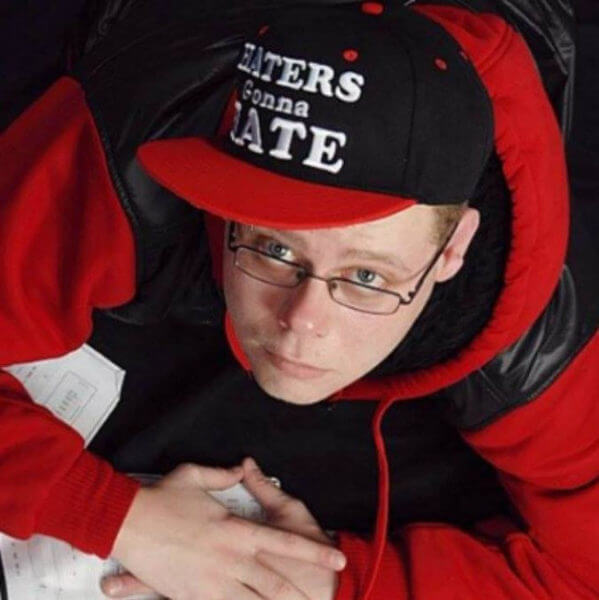 Your second book, “Undead”, deals with bullying and was inspired by a friend of yours who committed suicide. Can you share some of her story?

My character Rosemary Maze is based on a girl I knew back in high school, She was constantly bullied because she was a lesbian, and the worst part – she was also getting sexually assaulted by her father.

In my book there’s an intense scene where she was getting picked on outside at recess. a few minutes later her father showed up and pulled Rosemary by her hair. All you could hear was: “If you don’t stop crying, I’ll give you something to cry about.”

When her body was found there was a suicide note stating she was four months pregnant with her father’s baby.  I’ll never forget that.

Clive Barker, Michael Rowe, Sean Abley.  I feel that the selection of horror stories from gay authors is much better than when I was a teenager. I love the horror genre because it’s something I find very enjoyable. But I also love romance and fantasy. It’s kind of like therapy.

As a writer, I was most influenced by the king of horror Stephen King. Ever since I read his book “IT”, I always wanted to write and think like him. That man is legendary.

What are you working on these days?

Currently working on a series called “Silent Behavior” which can be read on Wattpad. It’s a four-part story – “Hidden Tragedies”, “Silent Behavior”, “Resurrection Of Dakota Banks”, and “A Boy Named Jude”.

I also just completed a Halloween fan fiction story called “The Legacy Of Michael Myers” – I covered some things that John Carpenter left out. And lastly, My new project is called “Death At Dawn” – A Collection of short horror stories, Stephen King Style.

Where can the readers find your books?

They can purchase them on Amazon & Barnes & Noble.

If they would like a personal copy of my work, or have some questions regarding appearances or book signings they can contact me by email – [email protected]