Apparently the future is now – even when it comes to sexuality. A straight guy on Reddit shared his weird experience with a very close gay friend, involving an Oculus Rift (that’s an upcoming virtual reality headset) and a helping hand… 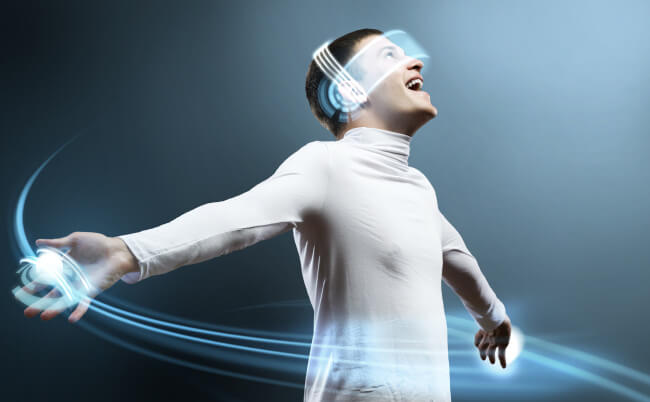 “I’m a 21 straight guy, and have had a best friend since 4th grade”, he writes. “We have always been really close, going to each others house to play video games growing up, partying together, etc.

“In high school he came out and said he was gay. I didn’t care, we were still gonna be best friends. When we would get drunk my friend would often make small advances but in a joking manner so as to not offend me but to see how I would respond. After this happening long enough I had the feeling that he was really into me.

“One time when we got really drunk and he eventually verbally acknowledged how into me he was. I let him know that I care about him a lot and love him like a brother, but I just am not attracted to the male figure, i just couldn’t do it. I said if he was bi maybe we could get with a girl together, but he said he couldn’t do that either.”

And this is where the story gets a futuristic touch:

I don’t want to get too graphic, but after a few minutes of watching my favorite scenes I got turned on… and let’s just say it worked. He expressed how awesome it was for him, for me it felt good. This definitely made us become much closer friends. We have repeated this a bit.

Some of the commenters claimed the guy is leading his friend on, while others were commending him for fulfilling a gay fantasy. Either way – we definitely want a VR headset now…