Sometimes, life feels like a romantic comedy… with a twist. You meet someone at the dog park, you become his friend, you assume he’s this macho straight dude… and you end up with a date proposal. 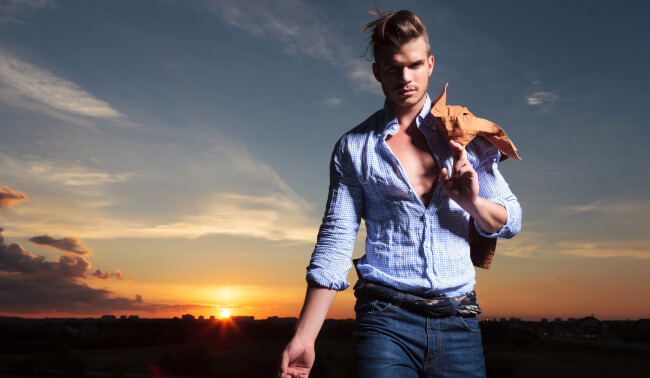 That’s what happened to this guy on Reddit, who finally got into a conversation with a guy he’s been seeing at the dog park. Just a friendly conversation… but it turned out to be so much more.

“So, I was at the park yesterday with my dog”, he writes “and this guy was there with his dog. I’ve seen him more and more the last few weeks and turns out he moved into the area recently.”

And the story developed further:

We got to talking yesterday after making small talk on previous occasions about our dogs and the rest of it.

So last night, it was just the two of us and a few other dog owners who were scattered away and he began to ask leading questions. Things like, “are you single”, “do you have a boyfriend or girlfriend” yada yada.

I replied that I was in a relationship but he was a fucking prick (which he is) and that we are no longer together. He sounded a little more enthusiastic and replied that he also broke up with his boyfriend a few months ago.

He definitely doesn’t come across as someone who likes the same sex. 110% macho. Tattoos, deep voice, tall and very very muscly. I jokingly said this to him and he let out a chuckle, saying the same to me.

He then said that he was wanting to ask me out on a date for a while, and if I’d be interested sometime in going with him.

I looked at him in disbelief and kinda started laughing and asked if he was serious. He said he was and would’ve asked me sooner if he really knew I was into guys. So we exchanged numbers.

I said yes to the date and we agreed on a time and place. We are going to have dinner tonight and then go to a light show. Kinda excited to be honest. We’ve been in contact today and last night, and he seems to be excited also.