YouTuber and model Lucas Dell woke up one morning to find out the his pictures was stolen. Not for catfishing (THIS time) – but for promoting a pseudo-paedophile troll group. Obviously, he got mad about it – and now he’s responding in a new video.

Remember Martin Shkreli the pharmaceutical executive who hiked the price of an AIDS-related drug by more than 5,000 percent? Earlier this month, he decided to use his Twitter account to promote a new “gender”, created by trolls, called “Clovergender”.

“Clovergender” is actually a hoax, meant to make fun of transgender and non-binary people, as Advocate reports. Supposedly, it involves men who “are still children” inside, while mocking language usually used in the LGBTQ community.

As part of its trolling on Twitter, the group promoting this nonsense used an Instagram photo of Lucas Dell and his friend – with some very disturbing text. 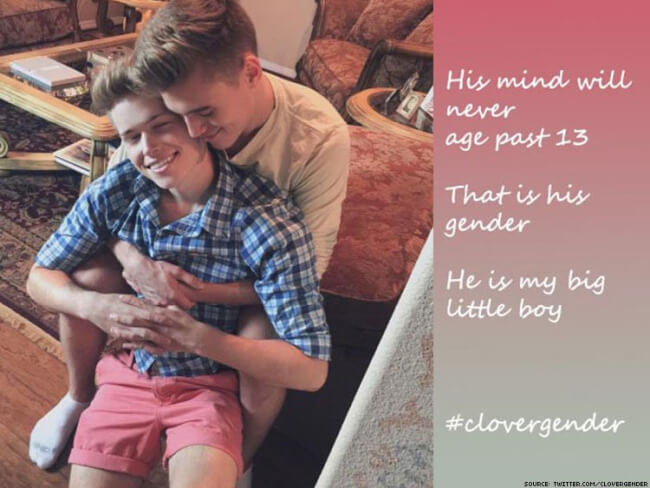 Lucas was understandably pretty upset by this, so he used his YouTube channel to post a response.

A few of my Facebook friends showed me this photo… This is beyond a whole new level of creepy… this is literally a troll group that decided to make fun of the LGBT community. How screwed up is that?

I’ve been having my photos stolen and used for catfishing for years now, so I’ve gotten over that a long time ago. But this just drives me up a wall. Not because they took one of my photos, but because of the purpose behind it.