You might wonder whether Justin Bieber already belongs in a museum at only 23-years-old. But not only is there a new exhibition of his personal belongings in Canada – it also includes… his underwear. 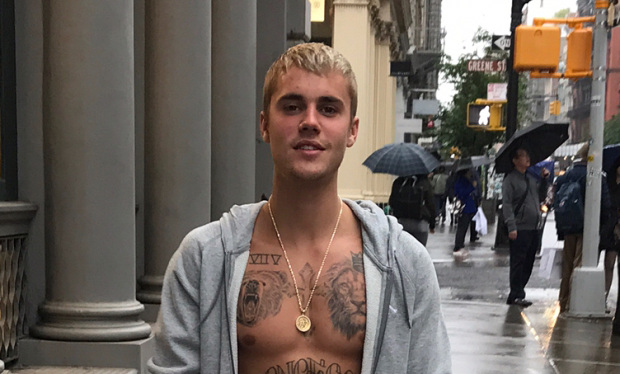 The unique exhibition is opening this week at the “Stratford Perth Museum” in Stratford, Ontario in Canada – Justin Bieber’s hometown. Aptly titled “Justin Bieber Exhibit – Steps to Stardom”, it presents a large number of personal items and memorabilia from Bieber’s life.

Among the items on display (which were provided by Bieber and his relatives), as Billboard reports: Running shoes, musical instruments from his childhood, surfboards, and a jacket of Justin’s hometown team.

And of course – the underwear: a pair of Ellen underwear, which Bieber got as a take-home gift when he appeared on The Ellen Show. You can see him flashing them right here:

While you’re in town, you can also visit Bieber’s former high school Northwestern, and even sit at his favorite table. Just please, don’t sniff the underwear.