Well, you didn’t see this one coming: Justin Bieber was seen transforming into a giant reptile-lizard thing in Australia, and fans were crying and screaming. Says who? Why, the internet, of course. So it must be true! 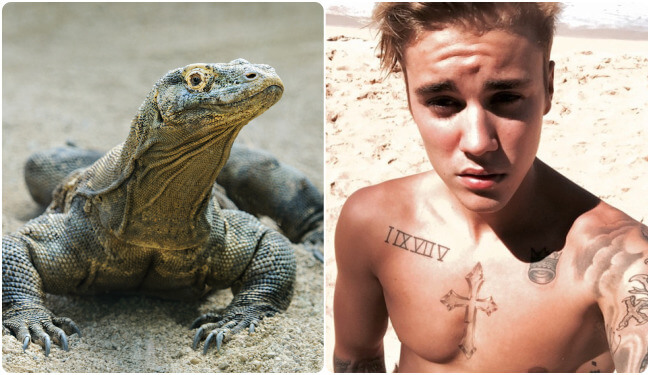 By now, we’re used to rumours and stories about Justin Bieber. For example, one of the most popular questions around these parts is whether Justin Bieber is gay or not. Hey, only this week, an Australian radio caller who called himself “Joe” claimed he shared an “intimate moment” with Bieber on the beach.

But forget the gay question – have you ever wondered whether Justin Bieber belongs to an alien race of shape-shifting lizards? Turns out you should, as Buzzfeed explains.

The 23-year-old Bieber is in Australia these days, as part of his worldwide “Purpose” tour. The conspiracy theory began (at least for this latest round) following his performance in Perth.

A screenshot started doing the social media rounds, of an alleged article (which is most likely fake – not the content necessarily, but the article itself) that said “Hundreds of fans claim they saw Justin Bieber turn into a giant reptile”. The article was supposedly published (and then “deleted”) on Perth Now, but the publication’s editor denied this story was ever published (or deleted) from their site.

According to the fake story, the fans ran screaming and crying to bathrooms, after seeing the handsome Bieber turn into something with “gross, coloured scales”. Come on, they’re called tattoos!

The Bieber-Lizard rumours are not even new – back in 2014, when Justin Bieber was arrested for street racing in Miami, a YouTube video supposedly showed proof that Bieber is in fact a giant Lizard king, because… his eyes! Check it out:

At this point, it’s safe to assume Justin Bieber did NOT transform into a giant reptile… this time. Hey, he’s probably not gay either. But we’ll have to wait for some more internet reports – after all, those never lie!