Some gay people are perfectly fine with casual hookups, and some people are in lengthy relationships. But some, like this guy on Reddit, just can’t find themselves in between the two, and feel left out of the community – he wants a romantic, deep relationship – but the people he meets want a BJ. 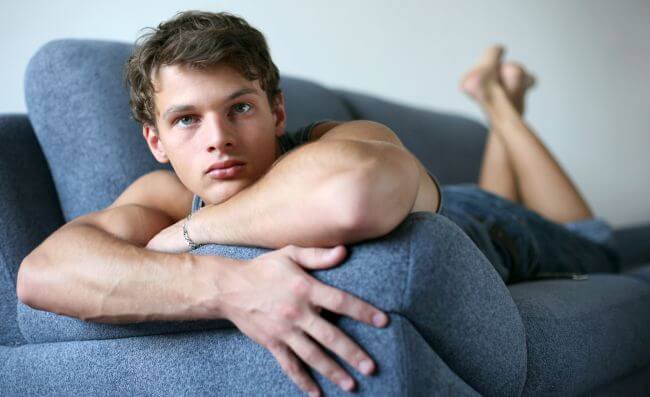 “I’m 23, British and a gay male”, he writes. “I’ve only ever been in one relationship (which was highly abusive) and I lost my virginity at 20 (same guy). I ended the relationship with this guy about 2 years ago when I escaped and came back home to England (he was Italian).”

And from there, things never seemed to pick up:

Leading up until that relationship, and now since, I’ve had very few gay friends or experiences of any guy showing any interest in me beyond a hook up.

I’d say I’m a good looking guy, my friends and strangers always comment on me being good looking… I was scouted for modelling once. My friends always say when I go to clubs everyone is checking me out but I just don’t want a quick casual thing… I don’t know why I’m this way I just… Don’t want no strings, I’ve always wanted a relationship.

This, in addition to the fact I’ve only ever been intimate with 1 guy, and only ever really got past first base with like 3 guys makes me feel really alien and rejected in a community which for the most part enjoys casual sex…

I hate Grindr and that mentality (I don’t judge it, it’s just i don’t like doing it) and I really believe in and desire a long lasting, meaningful relationship with someone I could settle down with and maybe build a life with… Yet it seems that most other gay guys don’t want that and are put off by it.

Am I doomed to be alone forever…? Why don’t I fit in? What am I doing wrong…?

The commenters on Reddit have offered some sound advice and support: