Cheating is never a moral thing, but for this guy on Reddit, it’s a real heart-breaker. He just wanted to “test the waters” with a guy – and now he’s at a crossroads. 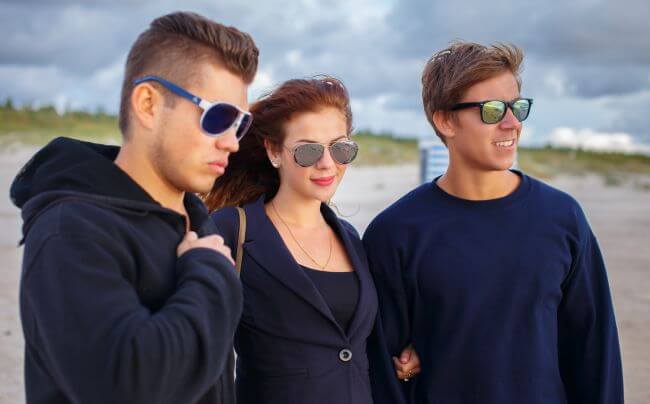 “I’m a massive idiot”, he starts out. “I’ve made the biggest mistake of my entire life, and I’m afraid it will cost me everything that makes me happy and whole.”

And so his story begins:

I’m a “straight?” guy who’s been dating my wonderful girlfriend for 2.5 years. We love each other deeply and we make each other happier then we have ever been before. I’ve always been a guy who hates cheaters and could never imagine myself in a situation where I would, which just makes this situation more awkward.

One of my best friends for many years is openly gay. He is also a mutual friend of my girlfriend. When I stay at his place or vice versa, it’s not uncommon for us to share the same bed when space is cramped. I never thought of it as weird, and we never did anything too. For our entire friendship there has been zero sexual tension as he knew as I was straight and never made any moves.

Cue only a few nights ago when my gay friend was in town. We had been up all night drinking and finally crashed back in my room at around 4 AM. In my drunken state, I decided to confess to my friend about my doubts. I had zero intention of doing anything with him or anyone else. I just wanted to tell someone I could trust for advice.

He asked me if I knew for sure, and I said not. He said that the only way to know for sure is to try. It was at this point, that I made my biggest mistake, I asked him if he would be willing to try with me without even thinking of the repercussions.

To cut in short, I gave him a bj, and he gave me one. That was it. I didn’t enjoy it as soon as it started, but continued anyway out of some weird feeling of obligation. I guess I answered my question, and I’m not into men, just women. It is something that I would never do again even if I was single.

Waking up the next morning, reality hit me like a bag of bricks. I wasn’t ashamed for doing acts with a man, it was the shame of breaking trust with my girlfriend.

Now I’m at a crossroads of what to do next? I feel that I have a manly duty to confess to my girlfriend, but I fear for the fallout. Not only would she have to deal with her boyfriend cheating, but with a guy! It’s a double whammy that I’m afraid would uproot our whole relationship together.

And the thing is, I would do anything to preserve the relationship, but I’m afraid that gay acts would be irreconcilable to here. At the same time, the sliver of positive of this situation, is that my bicuriosty is gone. That could’ve lasted for the rest of my life. I’m just so lost. I love her so much, and the thought of me losing her kills me. What is a shitty guy like me to do?