What do you when you’re in college, trying to find relationships (with women) – but they all think you’re gay? A guy on reddit came to the knowledgeable men of AskGayBros for advice. 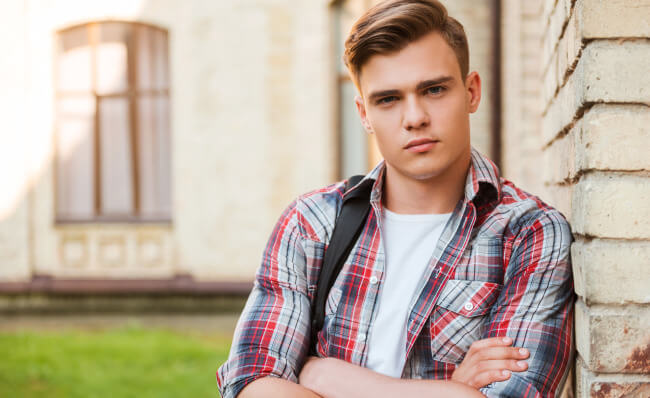 “I have had friends tell me that when they had first met me, they thought I was gay”, he writes. “I guess I checked a couple of boxes in their head, such as I dress up a little more than a lot of my friends, I love to cook, I obsess over my hair and appearances, and I apparently walk a certain way according to some.”

And really, he doesn’t mind, except for one thing – it’s making his relationships difficult:

My last ex asked me straight up if I was gay… after I had been with her for three months. This was after we had sex and gotten really close. Along with a few other things, I broke it off with her eventually. That comment had stung for a long time.

My current girlfriend was the same way at the beginning, she initially thought I was gay, and then that I was bi (she is bi, I don’t mind that). Somehow this is what people thought of me now as, and were encouraging me to experiment and try new things with guys.

The thing is. I am as straight as they come, I only like girls, yet people are insistent that I must be gay or bi.

Is there anyway I can still be myself and not give people this initial assumption?

Unfortunately, you can’t change the perception of others. You’re facing what many of us face so while I can empathize, there isn’t a lot to do to change this.

I will say to keep your head high and be you. Don’t change anything about yourself if it makes you happy and doesn’t harm others.

You mentioned still being in college. You’ll find as people mature and move on with their lives, they’re less inclined to worry about someone else’s. You’ll still get the occasional prick but it gets easier to deal with. Sorry you’re struggling. You sound like a great guy.