Grindr can be a great place to meet guys, but it also has its share of impostors (known as “Catfish”). When this guy on Reddit, who is still in the closet, sent nude photos and revealed his name to one such impostor – things got scary. 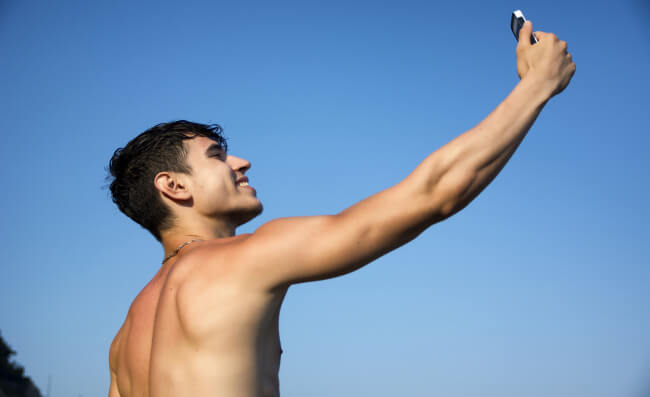 “So I am not out, and was on grindr doing the usual”, he writes. “I Was not really thinking as much as I should have when a profile messages me and starts chatting. He is hot and interested and we talk and end up swapping pictures.”

Sounds pretty regular so far. But then, it got messy:

I usually don’t tell people my name on there but for some reason I did because he agreed to go on a date (I know, it is stupid now), my name is pretty unique and he found me on Facebook and made a joke about it.

But he avoided the question when I asked for his, then he sent a picture that didn’t match the rest. So I asked him for another, and he said he had no more, and blocked me.

I am freaking out, don’t know what to fucking expect. This guy has my nudes and my personal information. This is the worst case scenario, he almost surely will use my pictures to scam someone else and they’ll spread and I’ll be outed. I can’t even do anything because he blocked me.

The Redditors offered some consolation:

If it’s any consolation, think about the vast amounts of amateur nudes on the internet. Yours will be lost in that sea.