Those of us who live in fairly liberal countries, sometimes take gay rights and homophobia (or lack thereof) for granted. But sometimes it hits you, wherever you are – all those years of hiding, of feeling like a criminal just for being in love with someone. And sometimes, if feels like the fear would never end – even with all the advancements that we’ve made – which is what happened to one couple on the train. 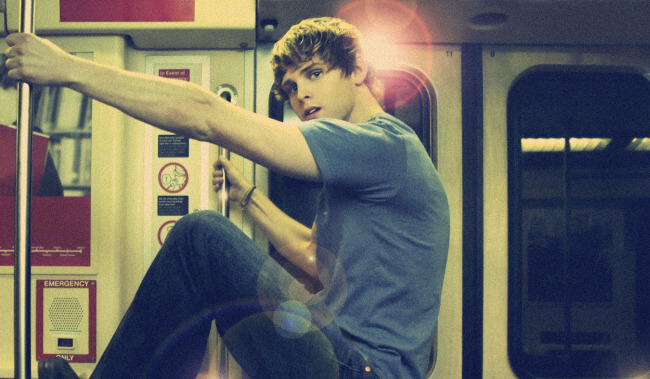 “I was with my boyfriend this weekend on a two-hour train journey”, writes this guy on Reddit,  “And he started holding my hand under his coat while we watched a movie. We also rested our heads against each other.”

Sounds beautiful and romantic. But it was also… stressful.

“However, whenever the train door would slide open or if someone would get up from their seat etc, I would sit up straight, without resting my head against his, and I would get very nervous.

I almost felt like a criminal… For holding my boyfriend’s hand.

And it just got to me how messed up that is. I shouldn’t feel like a criminal. It’s a completely normal thing. If we were a straight couple, there would be no need to hide it.

It just really hit me how broken society is, and I began to think about all the homophobic sh*t my family put me through. And my eyes began to fill with tears.

Has this ever happened to you?”

The commenters were quick to empathize.

“This is pretty much a universal gay experience. It sucks so badly. If you are able to cry about it you’re one step ahead. Most of us just internalize the pain and use it to build a big cold wall around our hearts. Keep crying.”

A commenter from Mexico, knows this issue all too well:

“I have never held my boyfriend’s hand in public or even done anything in public that might make us seem like a couple.

Last week we went to the mall and I saw guys holding their girlfriends’ hands and some of them would be kissing in public and all I could think about was how lucky they are.

There is a place that I want to go with my boyfriend, a hotel for gay guys and I would love to pretend to be an American just to be able to walk down the beach while holding his hand.”