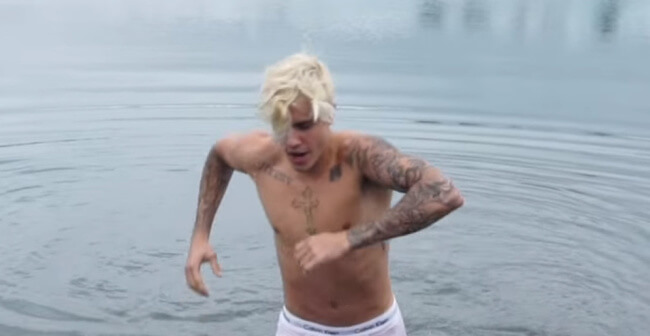 The nude photos, which were posted yesterday on Selena’s hacked account with the caption “LOOK AT THIS N***A LIL SHRIMPY.”, were those infamous explicit shots from Bieber’s vacation in Bora Bora. 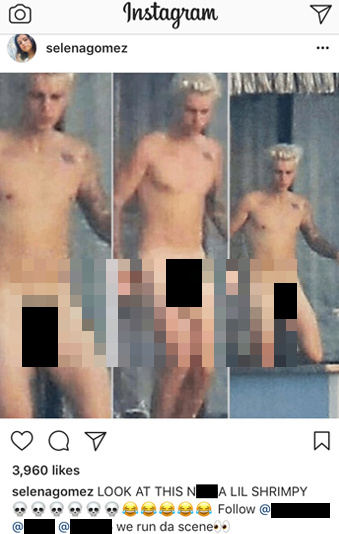 Bieber himself was understandably upset at these pictures when they were originally published, and has taken legal action against them. His father, though, awkwardly complimented his son’s penis on social media, following those photos.

Gomez’ and Bieber’s spotlight relationship has been a bit awkward since the breakup, and this must have added to the bad feelings between the two. Selena’s Instagram account is one of the biggest on the service, with more than 120 million fans.

Shortly after the nude photos were posted, the account was taken back, and Bieber’s photos were deleted. To this point, there was no formal response from Selena or Justin.