It often happens to gay guys in high-school, but it can happen later in life as well – you fall in love with your straight friend. Now, you’re left with a dilemma – should I tell him? Would it do any good to tell him? Do I have a chance?

The men of Reddit were asked to share their experiences of confessing to their straight crushes. These are the best ones: 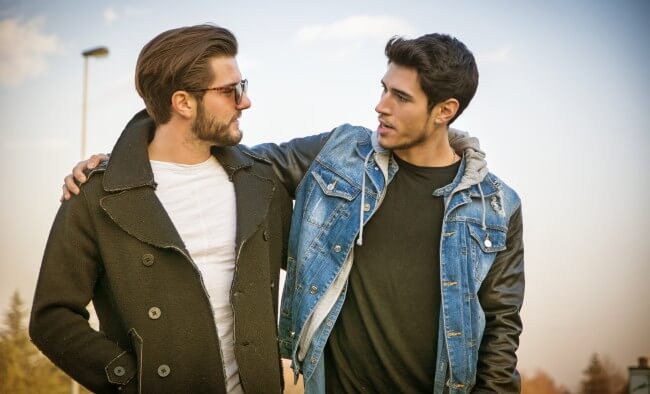 First year of high school I was in his learning group and he was such an outgoing guy who everyone could love. Back then I was wishing I was like him. He is the kind of generic blonde sporty guy whose fit and is just naturally flirty.

For his last two years of high school was when I realised I had a crush on him. Anytime we talked he could call me names like sweetie or handsome, which made my heart skip and made my week.

On the second last day I went up to him after the school graduation ceremony. Almost told him I loved him, but I got nervous and we just hugged. It wasn’t an awkward hug, it was a hug you want to fall asleep in. Like a Cinderella story, my bus was leaving and I told him I’m sorry and ran for my bus.

The last day at the family graduation ceremony I saw him after and I sat down with him and finally told him. All I could say was I’m sorry. I knew it was never going to happen. I don’t even think I was prepared to love him. Instead of blurting out sorry I just hugged him.

How did it go? he said he doesn’t swing that way, he’s into girls but if he was into guys there’d be a chance. He kept comforting me but I accepted it long ago. We eventually said our goodbyes, told him I’ll miss him and I left.

For me, it was a burden off my shoulders, but I still think about him, how kind he ever was and how much he influenced how I act as a person. 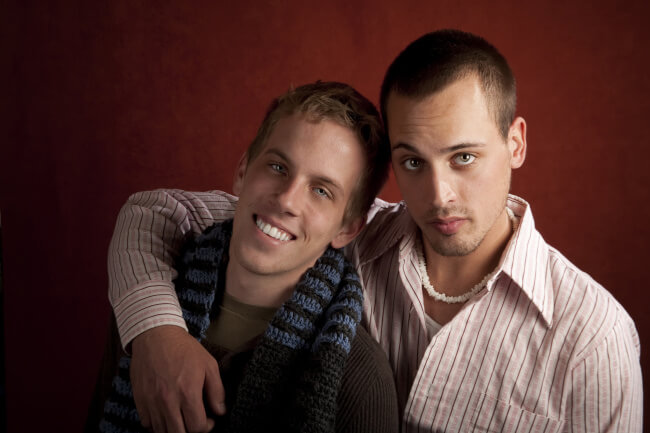 I came out to my friends in high school and I had a huge crush on one of them.

When I came out to him, he thanked me for telling him and that if anyone in school gives me any crap about it, he’d legit punch them in the face. Turns out the next day, he was sitting with some people who were talking about me during lunch and effectively made them stop saying things.

I ended up falling for him so hard that I thought the only way for me to get over him was for him to reject me as a friend (I’m terrible, I know). I ended up confessing that I had a huge crush on him and that I needed him to hate me so I could get over him. He just laughed and said why would I hate you and then said he appreciates that I think he’s attractive.

Also shared with me that he has two gay uncles and that he could never hate me just because I was gay and liked him. Ended up somehow getting closer as friends and I did eventually get over him. We’re still best friends. 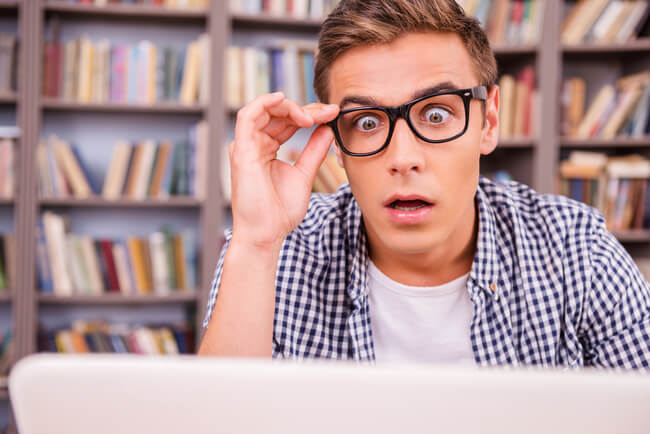 After I graduated high school I had a mutual friend of ours do it wherein he was acting like he was going behind my back and I didn’t know (he offered to do this).

I knew there was no point but I just wanted to see the reaction. Plus, it felt like some sort of closure to me because I had the most enormous crush on this person forever.

His reaction was interesting. He was absolutely shocked and didn’t even know what to say for a few minutes (keep in mind we attended a religious, extremely hetero-normative school). He said some things that were borderline homophobic but I don’t think he’s actually a homophobic person. He also said some sympathetic things like “man that must suck.” All things considered His reaction was pretty positive. 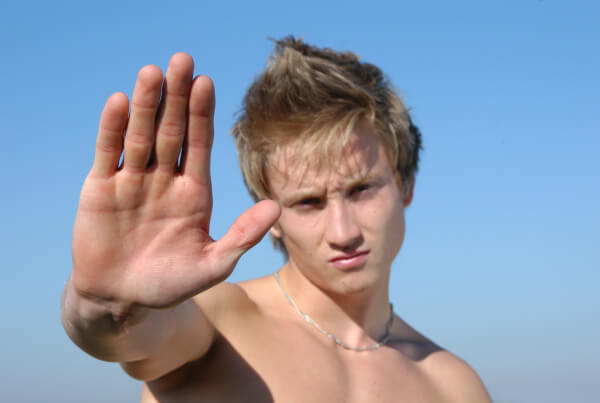 I’ve been lucky in that all of my past straight crushes got uglier after puberty ended and their “adult” look began to settle in, so looking back I’m glad nothing ever came of them because my current bf is so much hotter than any of them are now.

5. A night of confession

I was pretty obsessed with a straight guy for a few years around the time I came out. I decided to tell him how I felt one night and it went pretty much as I expected it to.

Of course he rejected me, and think of how awkward it was for him, but he didn’t let it get in the way of our friendship. He didn’t and could never feel the same way about me, and I had known that for a long time, but there’s always something painful about that ‘final nail in the coffin’ feeling.

It helped me finally get over him though, after putting myself through a lot of misery and loneliness. If I had that choice again I doubt I’d say anything though. Sometimes friendships shouldn’t be risked over a dumb crush, especially when it’s for someone who you know will never like you in that way. Often crushes are just crushes, you know? 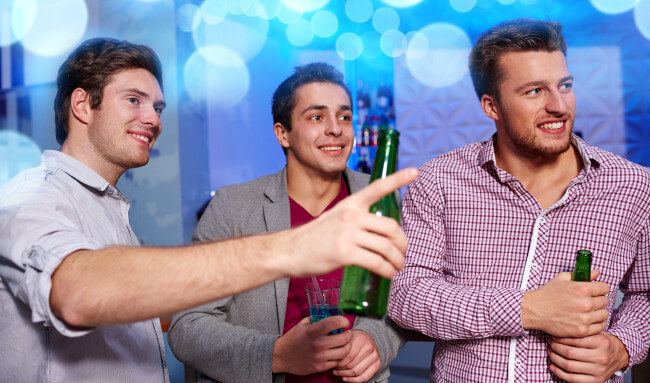 I’ve been through this 3 times. The first two times were in high school, the third time was in college.

First guy was a long time friend and he was cool about it as long as I kept it cool. He was also the first person I came out to so I trusted him. Second guy got weird afterward and I very openly, very passionately hated his girlfriend at the time so that was a mess for our friendship. Also I was 16 at the time and my judgment wasn’t the best.

The third guy was super cool. He told me he was flattered and he saw me as a good close friend but anything past that wasn’t going to happen. He was the last straight guy I wasted my time on though. It’s not worth the hurt you feel at being rejected and realizing there’s nothing you can change or do to make them like you back the same way. 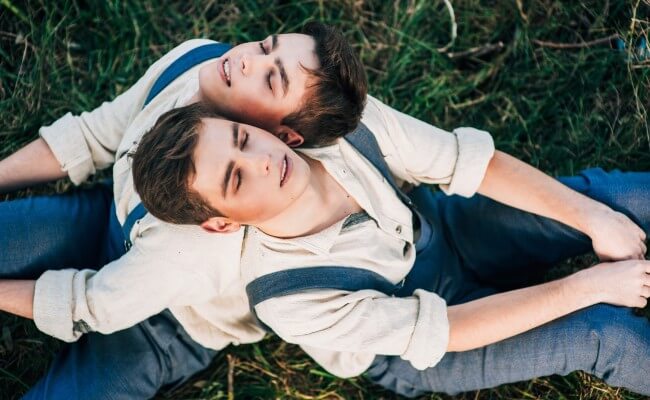 Straight crush while closeted: I drunkenly grabbed his butt…so the next day he calls me up, I was super hungover and had hardly any memory of the night before. He asked me out on a date!

A….double date with these girls he knew. Date went horrible, both girls were super boring. But he gave me a ride in his mustang home and apologized for the shitty date. I apologized for my shitty drunken behavior. The bromance was strong with us.

Straight crush while out: I didn’t know he was straight. Everybody I asked thought he was gay. Turned out he had a girlfriend and was just super friendly, but as he put it “asking me out like that took balls. I’m impressed”.

Eventually his girlfriend broke up with him and he invited me out to the pub with him for drinks. And we totally did it! And by it I mean we had a good time with his friends and nothing sexual at all happened.