Some gay men are OK with open relationships. Some prefer a strictly monogamous one. But what do you do when your boyfriend SAYS he hates cheaters and open relationships – and then you find out he’s been using dating apps? 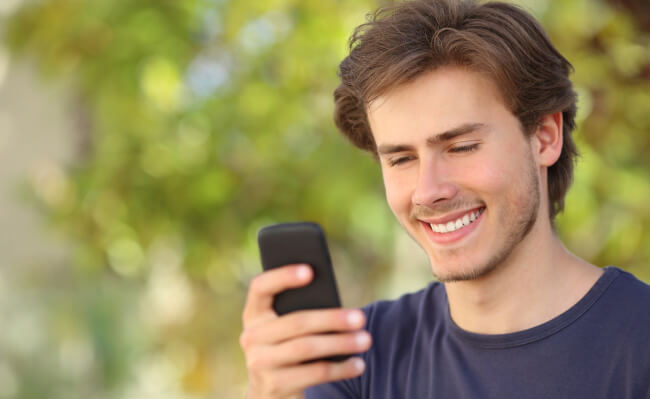 That’s exactly what happened to this guy on Reddit, who found various hookup apps on his boyfriend’s tablet.

“When we first starting dating”, the guy writes, “He made it clear how he hated open relationships and wants to be with one guy. How he hated cheaters and could never cheat because it would kill him on the inside. We both uninstalled our hookup apps from our phones and went on our merry way.”

But – things took a turn for the worse:

When chilling with him while he was on his tablet he scrolled through and I saw grindr. He must have noticed and quickly scrolled passed. I didn’t say anything then. Just curious I learned his password and got on his tablet.

I learned he had multiple hookup apps and was messaging people looking for hookups on the regular. Like as recent as today! He would say “wanting to meet text me at” and give them his phone number.

I’m gone a lot due to school and work so its all possible. I know he’s a flirt but I think he’s gone through with some of them. Probably explains why we haven’t fooled around in ages.

I’m just lost. He went out for a work thing tonight but who knows if that’s even true!! Ugh!!

A day later, after discussing this with his boyfriend – the man posted an update:

I finally confronted him and he told me because of the fight/drama we had before he left on his trip, he got back on [the hookup apps] to “keep his options open” and get “new support” because he thinks I’m going to break it off with him.

He swears he hasn’t hooked up with any of them. I actually believe him, but it makes me nervous that he has all these backup guys in the wings just in case things go south.

We talked about us for a while and he said how he missed his two major exs more and more (how they got along so much better than him and I). Which just made me feel even more like shit.

He said he wants to work on us and try to make us happen, but FUCK! I hate knowing he has one foot out the door.