One of the sexiest TV superheroes out there, Grant Gustin (also known as The Flash) had his 26th birthday yesterday. His fellow TV-DC-Universe star, Colton Haynes (Who had a recurring role on sister-series Arrow), decided to give him a very special present – a singing and dancing one, involving a flashback from Gustin’s past. 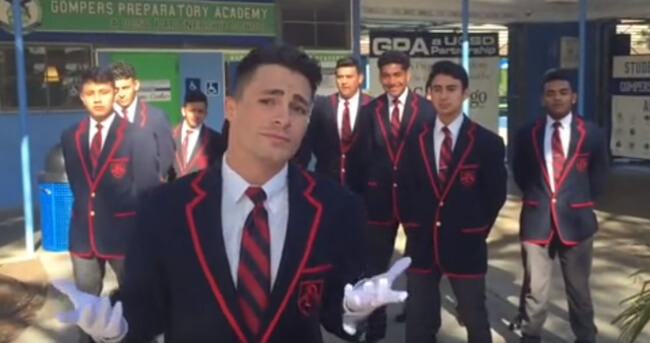 Before becoming The Flash, Grant Gustin played the gay, handsome, and kind of evil Sebastian on Glee. As such, he was part of the Dalton Academy’s “Warblers” band. Haynes paid homage to Gustin’s singing past, and filmed a video of himself singing and dancing with a group of dancers – in Warblers uniform!

Gustin was apparently pleased with the performance:

Gotta love @coltonlhaynes and a bunch of warblers wishing you a happy bday and lip syncing to… https://t.co/850ZqGcGhw

Colton Haynes was recently in the news, after he – arguably – came out of the closet with a not-so-definitive message. For now, we’re left with his adorable gift to Grant – watch the entire thing right here: