It was only a week ago that we had to hold our breath looking at Austin Armacost’s hot shower photo – and now he’s spoiling us with another picture from the same set (or at least the same shower… we think). 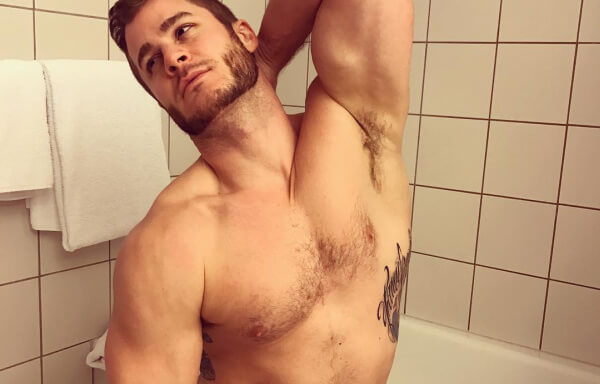 Armacost is an openly gay model and reality TV star who appeared in shows such as “A-List” and the UK version of “Celebrity Big Brother”.

He’s also very open with his body shots – never too shy to take, well, all his clothes off, and even share an intimate photo from a waxing session.

But apparently we’re in “Naked Shower” week, so he’s the new addition:

And between the two shower shots, we also had this raunchy duo photo:

We’ll keep our eye open for the next one in the series.