In 2012, Alex Pettyfer was part of the sexy male cast of “Magic Mike“, Channing Tatum‘s film about male strippers, based on his life’s story. Now, four years later, the 26-year-old Pettyfer recreates his sexy stripping dance – but this time, in his office. 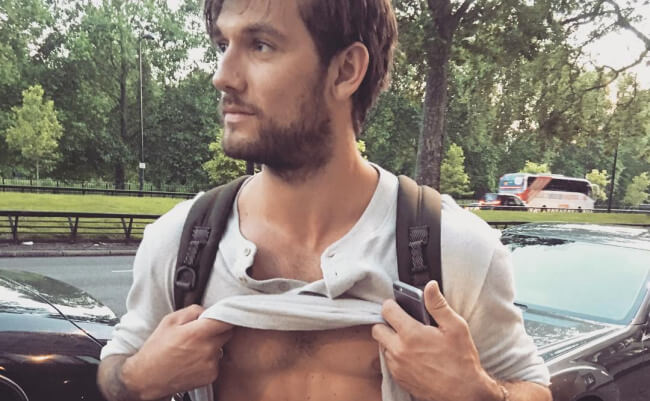 These days, Pettyfer is even more buffed up than he was back then, as he’s preparing for a new role.

In a clip he shared on his Instagram account, Pettyfer is hard at work late at night, when someone from his team “casually” starts playing the stripper music from Magic Mike. Pettyfer rises to the challenge – and starts doing those sexy moves:

Unfortunately, unlike in the original film, he doesn’t actually strip this time. But at least you can see what he looks like shirtless these days:

And if you miss the original performance, that’s what it looked like (bare ass and all) in the film: