Remember Alex Lee, also known as “Alex from Target”, who rose to fame with that famous viral photo from Target? Well, in case you haven’t been following, he’s now almost 21-years-old, and more importantly – he’s now a muscle hunk. 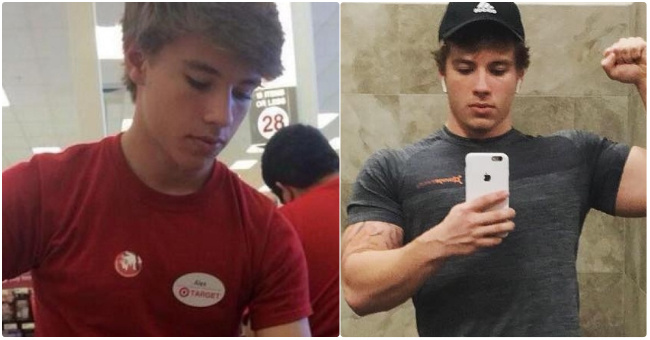 Alex Lee, who you surely remember from THAT photo, went on to appear on Ellen, and eventually became a model with more than 1.5 million Instagram fans.

This year, however, he decided to ditch social media almost entirely, closing his very popular official account (and taking a lot of hot photos with it). At least he didn’t delete his fitness Instagram account, where he documents his gym work.

So now he’s back after a long hiatus, and all those gym hours seem to have paid off…

His fans were understandably excited to see this photo (though some think he buffed up too much). “Can’t stay 17 forever”, he replied to one such commenter. “Social media isn’t my thing”, he added, to our disappointment.

So, do you like the new look, or did you prefer the scrawny-guy from Target look?