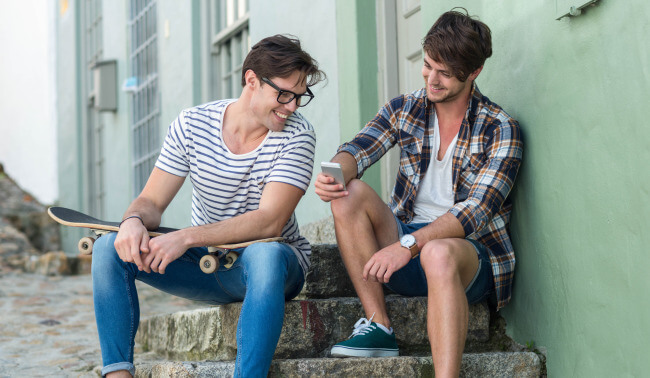 But that’s what happened to this Reddit user, who met a cute guy during college orientation, and ended up showing him the absolute wrong photo.

“I’m going to college in about a month and a half, and it’s about 1500 miles from home”, the story starts. “Orientation was a couple of days ago and it was a 3 day, 2 night thing.”

Everything was going great – and then, the cute guy showed up.

“During dinner on Tuesday, I invited this guy to sit by me because fuck it, no one knows each other and he seems pretty awkward but fun. We bonded over stupid shit like music, memes, and the current political state of the US.

Later the next night, we were hanging out in a common area in the dorms we were all staying in for orientation. We were just showing each other pictures, mostly memes and stuff, and I showed him my favorite album and he liked it a lot.

So this guy was cute af and cool af. That’s the best way I can describe it. I was looking through the pictures on my phone, trying to find a specific picture that I wanted to show him.

As soon as I did that, I threw my phone a few feet away from us and he started cracking up. Honestly, I got lucky because even though we’re both back in our hometowns for about a month and a half, we’re still talking every day.”

One of the commenters summed it up perfectly:

“Sounds like the start of a beautiful friendship. Plus he won’t be so weirded out when you finally whip it out while he’s there.”