Yoga is good for you. It’s healthy, it works the muscles, it helps with breathing and concentration… But you know what’s even better? Watching hot men – like YouTuber AbsolutelyBlake and his roommate Jordan – doing yoga together. In their underwear. 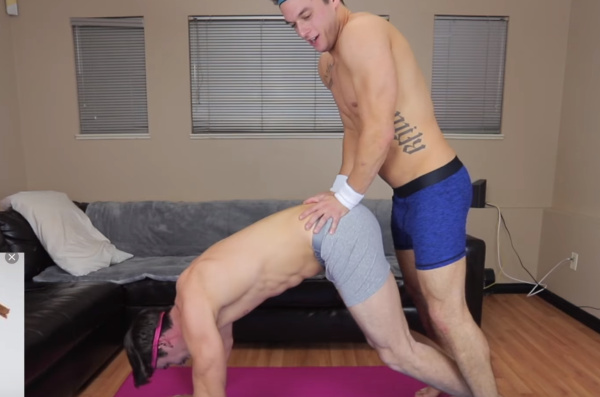 While we often get busy staring at AbsolutelyBlake’s nude photos on Instagram, he’s also a popular YouTuber, and some of his videos are just as sexy, if not more, than his photos.

This time, Blake is having fun with his roommate Jordan again – we’ve seen them playing a stripping game in the past. This time, the stripping part doesn’t take long, because they’re testing out new underwear.

But then, comes the “yoga challenge” part, where they have to do poses from photos. They have some trouble deciding who’s going to be the bottom (Spoiler: Jordan), and, well… enjoy: