Like many of us, Irish YouTuber Riyadh Khalaf was tormented in high-school by a bully, for being gay. Years later, Riyadh decided to try to get some closure – and called his childhood bully while filming the whole thing. 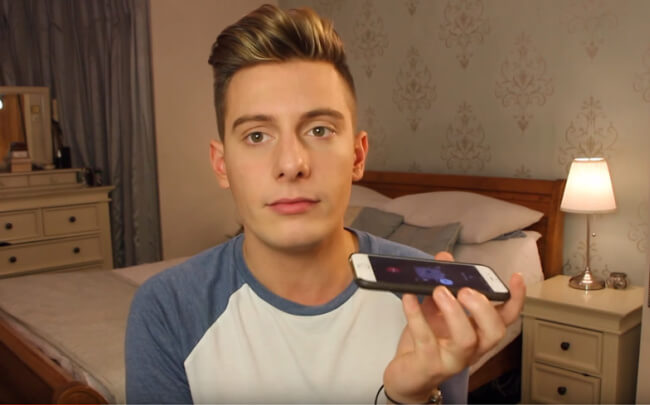 “I am calling you because you may or may not know that in school I was actually really afraid of you.”, he starts the conversation with the surprised bully. “If I saw you in the corridor I would turn and walk a different way.”

The un-named bully admits to not being aware of how much of an effect his actions have had on Riyadh. “Until this phone call I thought we were cool”, he says.

But Riyadh continues: “I remember being at my locker and you and a few of the lads would walk by together and I would always hear stuff said about me – like faggot and queer.”

These are tough things for a kid to have to go through – especially one who’s already having difficulties with understanding his sexual orientation. The bully, though, responds in a positive way.

“I think If you’d pulled me aside I wouldn’t have kept going at you”, he tries to explain. “It’s secondary school. You just have to take it on the chin. I’m really sorry, I feel kind of bad about it.”

All things considered, Riyadh was quite pleased with the outcome of the conversation. “That was a bit intense. I don’t think that could have gone better than it did”.