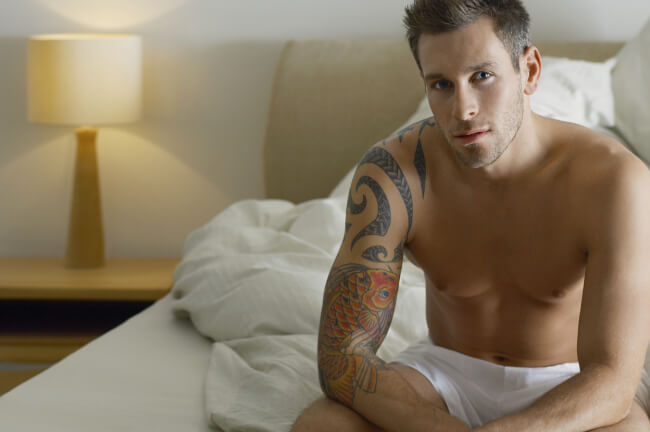 “I’m a 25-year-old male, with a pretty athletic physique”, he writes, “Who moves from country to country pretty commonly along with my boyfriend. Two weeks ago I arrived at Brazil with my boyfriend, and decided to contract the cable.”

So far so good. But then it got complicated:

It was the worst day at work ever. I arrived home at 7am, with a cable guy waiting for me.

So far it’s just an inconvenience. I couldn’t be more tired, and having to instruct him was going to be a real burden. I let him in, show him the bedroom I want the cable to be in…

And after he starts installing it, I completely forget he is there, and start undressing. He just looks at me, blankly, as I strip down to nearly nothing (keeping only my undies). I look at him, wondering what is wrong, until I realize it. And as I realize it, my boyfriend opens his bedroom’s door.

Right now, I’m petrified. The only thing I do is to stare at my boyfriend’s eyes. He has a look of confusion mixed up with disgust. He leaves the house angrily.

I called him and he thinks I was trying to ‘reenact something I saw on a pornographic video‘. I’m pretty mad at how stupid I was.