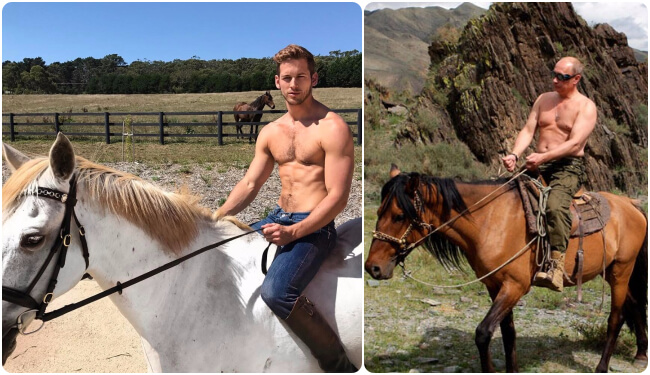 Russian president Putin has a knack for doing manly things with animals while shirtless. So much so, that his shirtless horseback riding photos have become memes. Case in point – Tom Daley and Mark Hamill and Vladimir Putin:

And also this disturbing image:

Now, you would probably want to erase those images of Putin, shirtless on a horse (not to mention Donald Trump). Max Emerson to the rescue, then!