It was fun while it lasted: Taron Egerton, the hot Welsh actor, finally responded to all those “gay rumours” that flooded the internets a few weeks ago. “I’m certainly not going to stop calling my mates cuties and gorgeous”, he says. But… there’s a but. 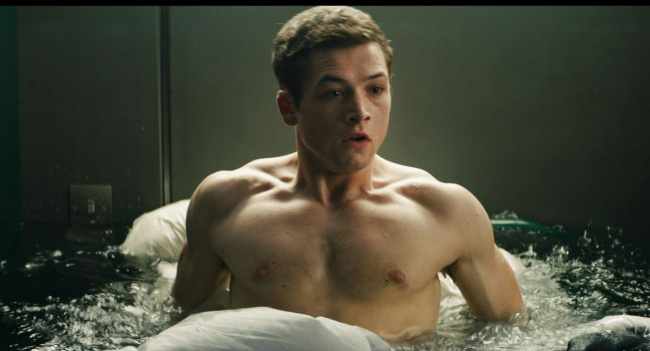 28-year-old Taron Egerton got his big break on Kingsman: The Secret Service and its sequel. These days, he’s starring in a new adaptation of Robin Hood, and is going to play the legendary Elton John in an upcoming biopic, Rocketman.

Back in October, Taron posted a photo of a cute male friend on Instagram, with the caption – “Cutie. My boy ❤️”

Understandably, that caption sparked thousands and thousands of comments and rumours regarding Taron’s sexuality.

Now, in an interview with Radio Times, as reported by Metro, Taron finally addressed that whole situation:

“One of the lads was at my London flat and I Instagrammed a picture of him and said, ‘Look at this cutie’, and a million outlets reported I was coming out as gay.

I’m not gay but two of my mates came out when I was 15 and it was a joy to support them because, as a group, we are all secure in who we are”

However, there’s one thing we can find comfort in: “I’m certainly not going to stop calling my mates cuties and gorgeous”, he added. “Because they are cuties and they are gorgeous.”

Oh well, we might as well look at his nude moments (NSFW).