Ross Lynch and his brother Rocky Lynch, the duo who together make up the band “The Driver Era”, were pretty forthcoming in their recent “Never Have I Ever” video.

So much so, that we now know about their threesomes, dating each other’s exes, and even having sex in the same room. That’s the rocker’s life for you. 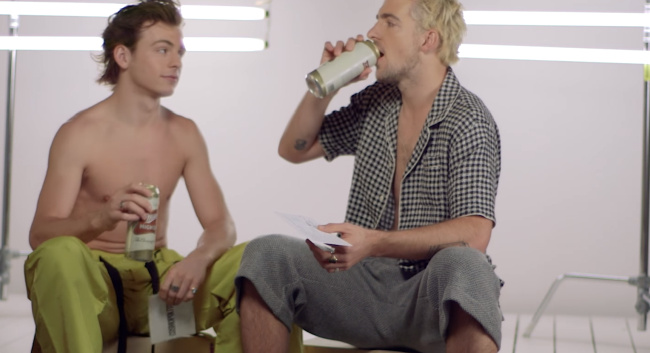 22-year-old Ross Lynch, who you might remember from Disney’s Teen Beach Movie,  ditched his Disney persona last year when he played gay serial killer Jeffrey Dahmer, in the indie film My Friend Dahmer. Next, his going to star in Netflix’ Sabrina The Teenage Witch reboot.

Thanks to Cosmopolitan, Ross and Rocky sat down in front of the camera, with a beer in their hands, playing a “Never Have I Ever” game.

What did we learn from that game?

That’s a whole lot of sex all over the place!