Ross Lynch, the 21-year-old musician and former Disney Channel star, is going to make your day – just by… dancing around in his [super tight] undies. More than once. 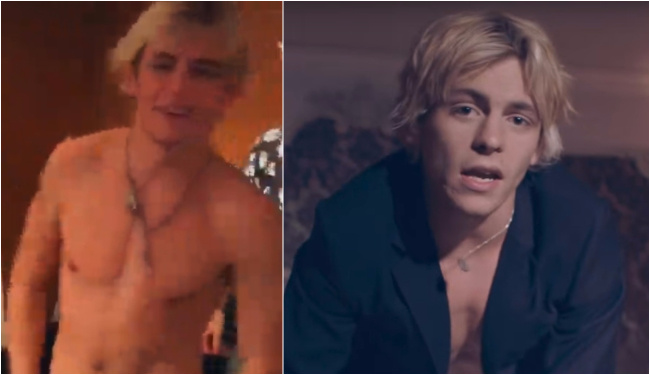 Ross Lynch, who you might remember from Disney’s Teen Beach Movie, is also a member of the “R5” band, made up of Ross and his family – Riker Lynch, Rocky Lynch, their sister Rydel Lynch, and their friend Ellington Ratliff.

As is required of young stars these days, though, Ross has an amazing body – which he gleefully parades around in a few videos posted on social media this week, that seem to be from behind-the-scenes of his tour with the band.

There’s this one, which is a bit dark, but Ross displays an impressive backside in it:

Then there’s this one, with different underwear, and some talk of Ross possibly going “Commando” –

And those colorful undies yet again:

And after all this heat, you might as well hear – and watch, Ross and R5’s latest music video, for “Hurts Good” –