Some people like action movies, some like romantic comedies and some like science fiction. But if there’s something we ALL like, it’s men’s bare asses. So today we’re combining the two, looking at science fiction film Life Like, and its endless parade of hot men showing their hot bums. 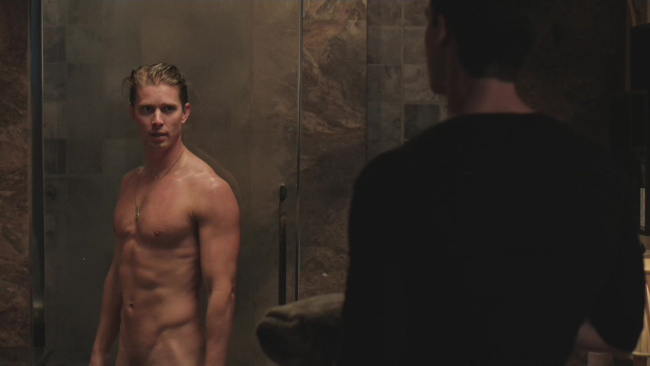 This week’s pick, thanks to our friends from naked-celebrity-mega-site Mr Man, is Life Like, a Lionsgate sci-fi thriller that is available on Amazon. Not only does it have beefy ass shots, it also stars the super-sexy Steven Strait, who you might remember from another sci-fi hit – TV series The Expanse.

And while we did get glimpses of Steven’s bum on that series, more is ALWAYS better in his case.

The 2019 movie follows a couple that agrees to try a brand new experiment in which they get robots (from AI expert James D’Arcy) to help with extra needs around the house. Things get complicated when the robot starts to get a little too human.

The blond and buff Drew Van Acker plays one-half of the couple who has the most lifelike ass in the world. Well, luckily it IS real and we get to admire his buns a few times. 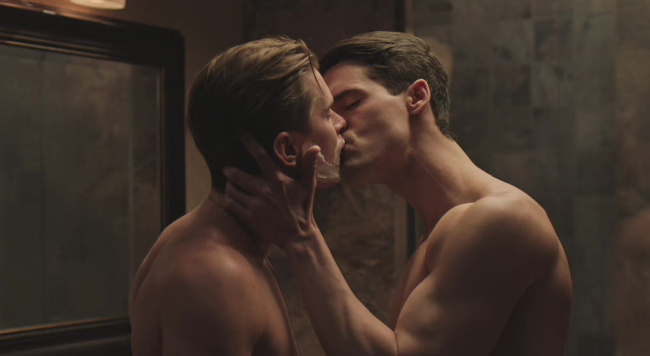 Their robot is played by Steven Strait, who definitely isn’t, ehm, straight – when he kisses Drew in the bathroom. And they are both nude, of course. Steven’s robo rump is also a little too perfect, giving us Life Like horniness.

If you want to see more uncensored photos and clips, head on over to Mr Man, and get thousands of nude male celebrities, all in one place, and all for just… $5.