But when you hear Nick HIMSELF read that out loud… things get naughty. 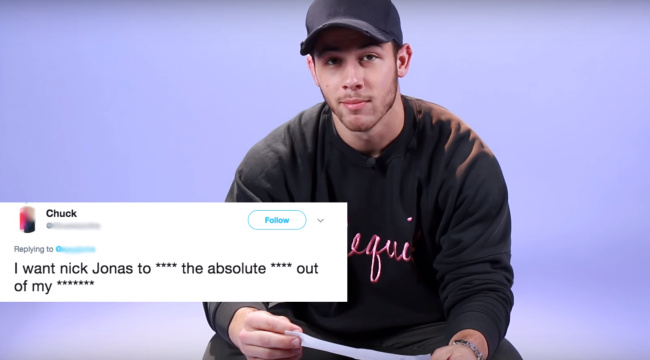 Nick Jonas, the popular 25-year-old singer/hottie, sat down with Buzzfeed to read – out loud – some of the kinky, thirsty Tweets people (both men and women) have written about him.

Because he’s Nick Jonas, he stays as cool as ever, even when he’s reading things like:

Nick Jonas could choke me on any holy day

To which Nick replies: “Into choking, huh? That makes two of us!”