What do you when your “friend with benefits” from high school turns into a pastor 7 years later, and wants to apologize for all the fun you had? That’s exactly what happened to one guy from Reddit. 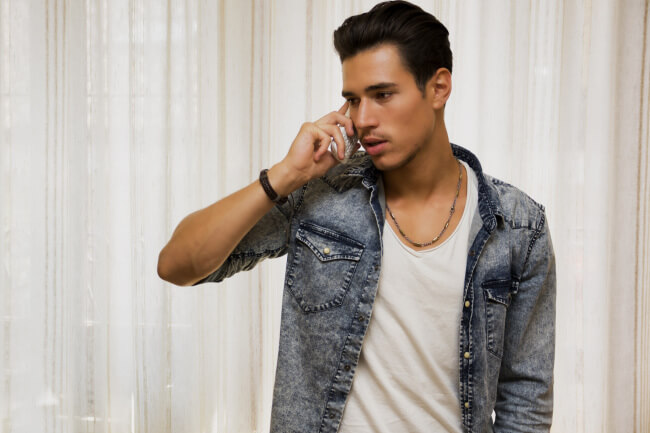 “I’m 23 years old now but back when I was 16 I had sex a few times with this guy”, he writes. “He was very religious so I knew it was hard for him and he never talked when we did stuff so I knew he was ashamed. We used to have sex and then he left and the next day he’d act like nothing happened and then three days later we hanged out at my place and he’d go for it again and rinse and repeat.”

“It was nice, I wasn’t looking for anything serious and I was getting fucked by a real hottie so why should I care he’s weird. Well, it suddenly stopped and he started hanging out with other people (Jesus crowd) and clearly was going through some serious stuff concerning his sexuality so he barely talked to me.”

Now, jump 7 years later – and the weird stuff comes back to bite:

Last week I got a message from him asking me if we can talk, he wanted to say some things face to face. I thought he was going to apologize for blocking me from his life but that wasn’t correct.

Before I met him I checked his Facebook and other social media sites and found out he was a youth pastor, married already with a year old kid so maybe that should have been a red flag for things to come.

He arrives at my place, very hot BTW, still looking great. The moment we sit down he starts crying and apologizes for sodomizing me as a teenager, how he feels that he had now sent me down a path where the only destination was hell fire and brimstone, how he had seen on social media that I was openly gay and that he blamed himself for infecting me with his illness through his bodily fluids.

I explained to him that I wasn’t gay because of him, that I was gay before we met and that it wasn’t his fault and that I’m happy being who I am. I told him I didn’t believe in God and that none of this was his business.

He cried harder, mumbling how I wasn’t the only one he cursed and some bullshit, I asked him to leave.

I kind of expect him to send me nudes any second now, probably a ticking time bomb.