You might say it’s shallow, you might say these are the facts of life – whatever the case, gay men usually have a pretty good idea about the size of their penis. Some men, however, live in fear for 28 years, until they finally pick up a ruler. That’s exactly what happened to this guy on Reddit. 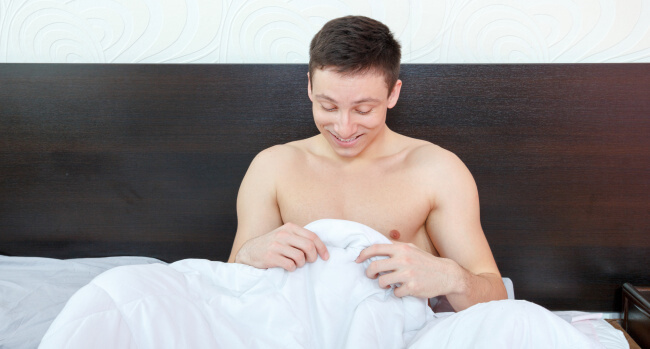 “I’m 28 years old and measured myself for the first time today” he writes on the appropriately called subreddit – ‘Big Dick Problems‘. “After years of being afraid to measure up, I’m very relieved!”

And apparently, for good reason:

“Feeling very happy right now, my penis is certainly not the largest, however it’s a size I’m very happy with, now I’ve finally got round to plucking up the courage to measure!

I’m genuinely curious as to how many of you resisted measuring your penises for fear of being small until eventually you did it and realized that you were actually above average? “

Some of the commenters shared similar stories:

And then we could only do it like every third or fourth day, until she got used to it. But I digress. I measured 6.5 x 6.5. It was a real shocker to me. Wife wasn’t surprised when I told her, just smirked and said I told you. Made me feel real good, and also more considerate of her going down on me. I don’t expect too much anymore! Her jaw is always sore days after.

Since I’m on the tinner side of big regular condoms still fit but are really tight. I assumed that was normal. I also assumed that condoms breaking was normal too.

I got a new last year GF who after breaking regular condoms and having some pregnancy scares, told me I needed bigger ones. I found this Reddit from googling about condoms breaking and then read up a lot. The stuff about the MyPackage underwear was great. Very comfortable.

First serious girlfriend decided to measure me because her other teenage friends were curious; I forget what it came out to at the time, I was definitely still growing, but we were both a bit shocked. So of course all of our mutual friends knew about it shortly afterwards.