On his most recent ride, however, not only was Max almost naked – but his fans were quick to notice something VERY prominent down there. 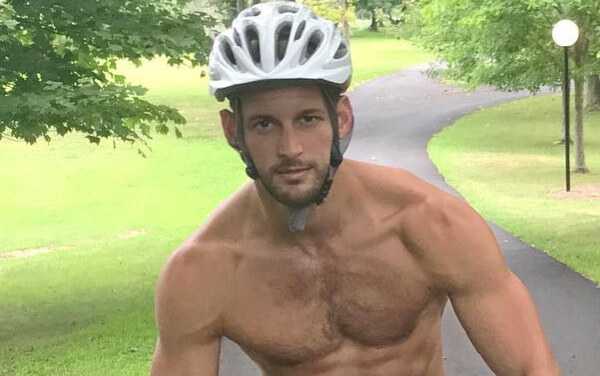 Max was cycling with his boyfriend, Andrés Camilo in Sag Harbor Village District in New York.

The caption says “I found this incredible new line of cutting edge performance biking apparel. It’s so advanced, only true cyclists can see it” – referring, of course, to Max and his boyfriend being mostly naked.

Hey, the more photos of these two – the merrier.