The Fleshjack (or Fleshlight as it’s known to our straight brethren) is a fine sex toy for personal male pleasure in the privacy of your own home. It’s not, usually, aimed as a gift to your grandfather – but that’s what happened to a guy on Reddit, who is now no longer welcome at his grandfather’s house. 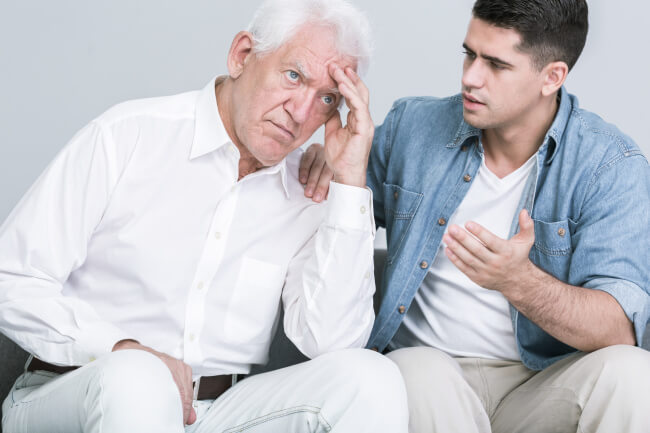 “My grandpa lives in another state”, he starts the story, “So for Christmas I bought him something on Amazon and had it shipped directly to him. That was actually the last thing I’ve purchased on Amazon, until last week.”

And then comes the Fleshlight part:

I keep seeing ads for Fleshlights and they look intriguing so last week I thought, what the hell. I mean, my hand could use a break anyway. So I went online and found one with good reviews on Amazon. I put it in my cart and checked out quickly without much thought.

Fast forward about 4-5 days and I get a call from my grandpa. He wants to thank me for the flashlight. Oh. Fuck. I immediately realize what I did but I’m terrified and don’t know what to say. I stumble my way through the conversation basically just saying, “Uh, yeah you’re welcome.”

After hanging up I’m in a panic. The only thing I can think to do is buy a flashlight at the store, drive 12 hours to his house and switch it out without him knowing.

I call him back and tell him I have a few days off work so thought I’d come down for a visit. He’s happy to hear that and we make plans for me to come down this weekend. Now I’m thinking, “Please do not need a flashlight in the next week, grandpa.”

So this morning apparently a widow friend of my grandpa’s from his church says they’re planning a camping trip for the church’s youth group and they’re looking for people to lend camping supplies.

My grandpa offers up a few sleeping bags, a tent, fishing poles, and of course, he tells them about his new flashlight. The lady comes and picks it up from him.

She apparently calls an hour later and tells him he’s going to hell, among other things. My grandpa calls me confused and I try blaming it on Amazon, but he looks at the receipt that came with it and sees that it’s clearly a Fleshlight, and not a flashlight that I ordered.

He tells me I’m not welcome there this weekend.