“He’s CGI”, you might say – but wait! – Spidey’s animated character in the game is based – motion capture and all – on a very real, very sexy actor – by the name of John Bubniak. 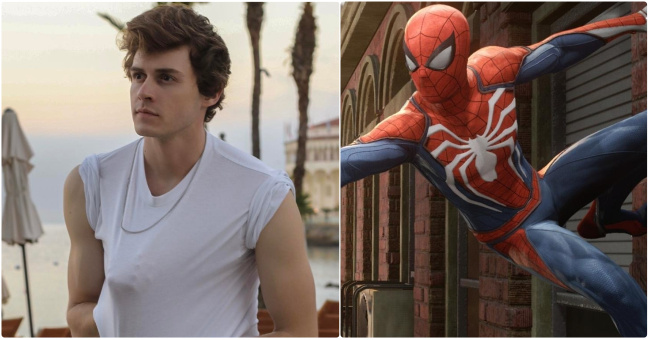 John Bubniak is the face and body of Spider-Man and Peter Parker in the recently released PS4 exclusive, Marvel’s Spider-Man. Before that, he had a few small roles on TV, such as on Grey’s Anatomy and Girls.

Interestingly, John doesn’t do Spider-Man’s voice in the game – that was done by veteran voice actor Yuri Lowenthal.

But John did give Peter/Spidey his impressive body… so let’s have a look at the original one.

Those are some nice Spidey hands

Back in the day, he used to work as a lifeguard. Saving people even before the spider

We will surely see more of him!

Now go and play that wonderful game. And yes, it has a rainbow flag in it.

Wow. I stopped to perch on a building in #Spidermanps4 and looked over and saw this.

Thinking about all the 12-year-old kids who will be playing this game and seeing this in towns where it's not safe to put that flag up. pic.twitter.com/QGr1Q7QrxZ