It’s no secret we love Tom Holland, and with all due respect to the previous Spider-Mans – he’s the hottest of them all in our book. So watching him have such a cool and perky relationship with his Spider-Man: Far From Home co-star Jake Gyllenhaal, both on and off the screen, is a lot of fun.

In a new video interview, Tom and Jake share some surprising details about their “Bromance”. “We’re in love, we’re getting married”, Tom says. And our heads are spinning, even if he’s not, well, 100% serious. 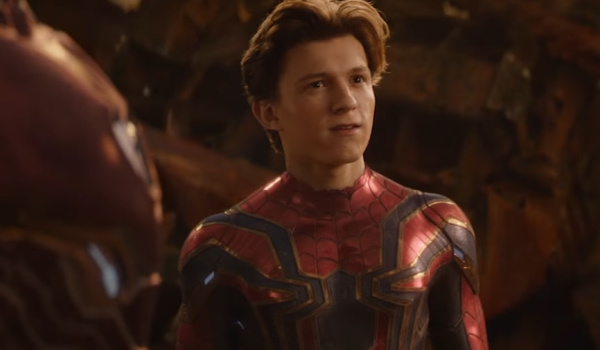 23-year-old Tom Holland and 38-year-old Jake Gyllenhaal make an interesting match in the new Spider-Man movie. Without going into spoiler territory, their relationship in the film has its up and downs – but off the set, in all the recent promotion videos, they seem to be enjoying each other’s company a lot.

In a new video interview, both Tom and Jake were asked about their ongoing ‘Bromance’. “It’s really a romance”, Jake explains, “I’m just tired of the word romance. Let’s call it what it is, just straight-up romance.”

At that point, Tom “explains” that they’re in love, and starts loudly calling for his “husband”. (Although, in the past, he already picked which Marvel Chris he would Fuck / Marry or Kill.)

Then they both gush over each other’s talents, and, well, watch it all here: