A U.S. company called “Givebuy” received a homophobic, hateful e-mail from a customer. Their response? a well-aimed burn at the hater, which they later presented on Reddit. 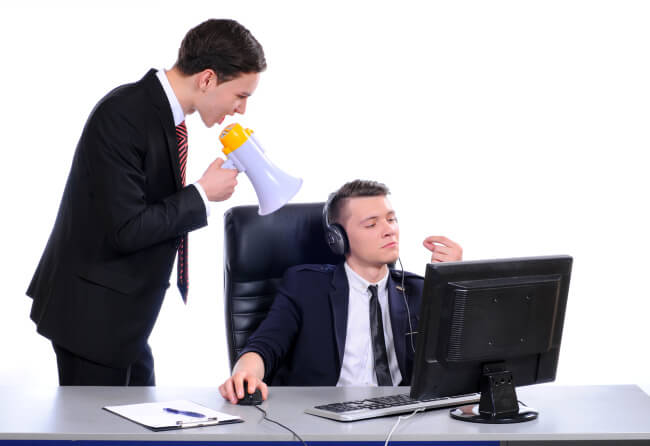 Givebuy is a company that enables online shoppers to automatically give a portion of every purchase they make to charity. A homophobic customer (now ex-customer) named Troy, had this to say in a recent e-mail to the company (the typos and other mistakes are his)

My wife & I been using Givebuy for over a year now and support… I was scrolling through your “charities” and noticed “austin gay pride foundation”
right at the top. AT THE TOP!

I believe its digusting and embarassing to support this crap and well no longer be using your shitty service.

You should consider refocalizing your efforts to help POSITIVE CAUSES instead of gay charities. We’ll also be notifying our friends and family to make sure they don’t use it either.

Well well, not only are they offering to give money to gay causes – they’re doing that at the top!

Following that e-mail, the guys at the company chose not to stay very diplomatic – and good for them. This is the reply they sent him:

First, Givebuy has been live for just shy of 4 months so we’re going to call your bluff on “using Givebuy for over a year now”.

Second, Austin Gay & Lesbian Pride Foundation is at the top because our organizations are listed in alphabetical order.
(Please Note: “Alphabetical” is not a soup. It’s just a big word used when you put things in order from A to Z)

Lastly, you’ll be happy to hear that we have begun to “refocalize” our effors to exclude users like yourself from our member community.

We hope that you have the gayest of holidays. 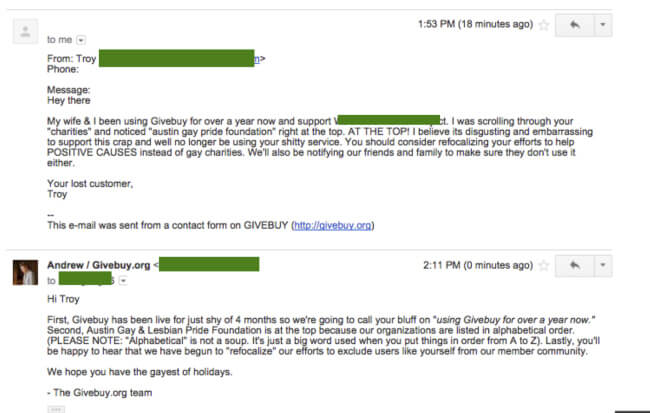 While this might also be a marketing opportunity for the company (as is sometimes the case on Reddit), we hope other companies follow suit when responding to haters.