Hookups don’t always end well – and sometimes things go really crazy, as this testimony on Reddit demonstrates – about the time a guy had to get violent with his hookup, and even call the police. 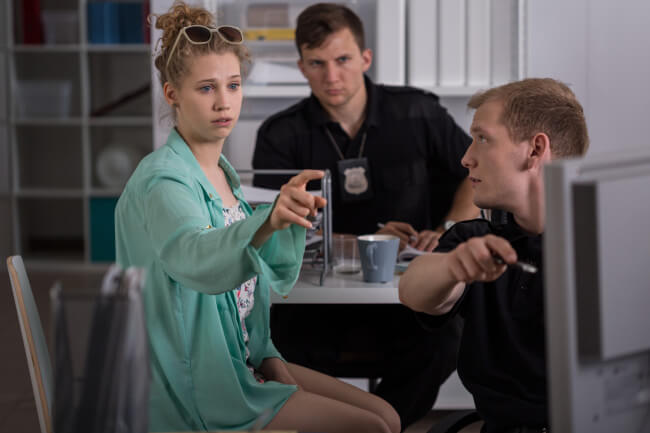 The setting: Suburbia, U.S.A. The Time: 2am. The guy the poster was supposed to meet wanted oral sex. “I Showed up, went to the comfy basement den, he’s already naked”, goes the story.

But then, the guy plunges in a bit… too deep. That’s when things start to go crazy:

“I lift him off me (I’m a boxer, ~225 lbs at the time), and I politely tell him not to do that. I change positions and he does it again and then resists me lifting him off of me.

I remove him, stand up and start to dress. He keeps interfering with me dressing and I tell him that he needs to leave me alone. He decides to do it again. I tell him to go stand on the other side of the room. Dumbass decides halfway across the room to come back and fuck with me again.

I decked him, he did a lovely pirouette, and collapsed on the floor. I finished dressing, checked his pulse, rocked his head to the side, and then walked out to my car parked in his driveway.

That’s when I called the police. Police came and things got a little dicey for a little while, but in the end, they wheeled him out of the front door to a waiting ambulance.

And that’s when his wife woke up.”

Didn’t see that one coming.

“She ran out and started screaming, then when she found out what had happened, she attacked the police car I was in, and then a policeman. She ended up in the back of a police car, Child Services was called, and the policeman asked if I wanted to press charges.

When he said that, I heaved a big sigh and said “no”, and he replied, “good, go get some sleep”.