Body image in the gay community is a major problem these days. A guy on Reddit demonstrated it well, with his heartbreaking confession of how he cuddled with a friend – and paid him $300 for it. 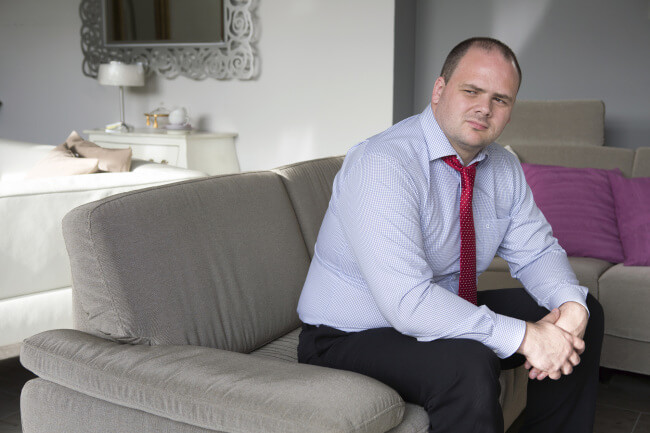 “I am 45 and haven’t been in any type of relationship in over 15 years“, he writes. “I have had healthy relationships in the past, but I started putting on weight when I was 30. Due to family issues, I got depressed and put on more weight. Long story short, I am fat.

“Over the past couple of weeks, I have been feeling really down, and was just needing companionship. I thought about going the male escort route. I have never done that and really couldn’t.”

And this is where the story gets complicated, with a friend involved:

I know a gay guy who is 25. We have known each other for about 4 years. We talk or text daily though we don’t hang out much. He is really having money issues. So I have paid some bills for him in the past since he is a great guy.

We were talking, and I was kind of going on about how lonely I was feeling and how I was thinking about paying somebody to come hang out and then maybe just cuddle with me. He asked if I was serious. He asked if I was expecting sex, and when I said that I was serious and wasn’t expecting sex, that I just wanted to lay on the couch and watch a movie and have someone lay there with me, he offered to do it.

So on Monday evening, we watched a show, and cuddled, no sexual contact, no kissing, just cuddling. I enjoyed it while we did it. He ended up spending the night on the couch after I went to bed.

When I got up the next morning, he was already gone and we haven’t spoken since, even though we normally text every day. I texted him on Tuesday and Wednesday but didn’t get a response. I am now feeling horrible about doing it since he won’t return my texts.

So now, the guy is feeling even worse than before. “I basically went from feeling lonely to feeling bad because I have probably fucked up a decent friendship and maybe have a guy now thinking he’s a prostitute.”