Size doesn’t matter? For a lot of guys it does, and for this particular guy, the size issue is ruining his life. In a very painful Reddit post, he tells the story of how guys keep rejecting him due to his [apparently very] small penis. 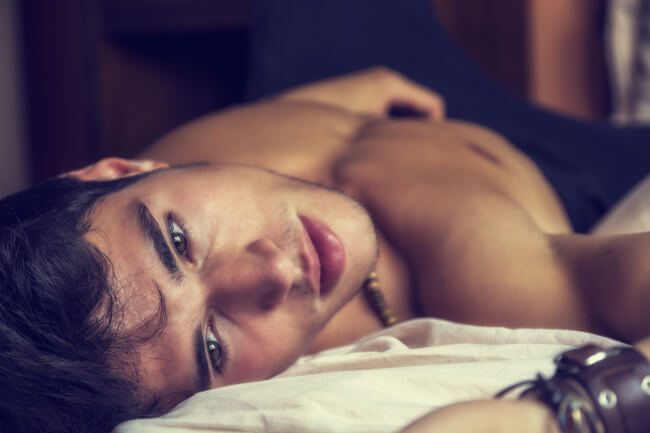 “When I was younger I thought my penis would get bigger and go to normal size”, he writes. “It didn’t.”

“The first guy I was with implied that he goes slow as well, so we dated for a month and a half. By the time we had sex, I was embarrassed but I really liked this guy so I took my clothes off.

He lost all of his enthusiasm and only finished out of pity. He texted me next night saying it couldn’t work because of my penis. He was the first person who I might consider a boyfriend in my life, and I was right – nobody would really like me.

I dated guy #2 for about a month. When we went to his place to have sex I could see he was disappointed. He picked up his phone and said there was an “emergency in the family” and left. When I was home he told me that the sex wasn’t satisfying enough. I knew it was for the same reason as the next guy.

Guys #3, and #4 were pretty much the same story with only slight variations.

Guy #6 was pretty much the same story except he got back to me the day after. Out of 7 people (one guy from last year too), I have a 0% chance of making it past sex.

No, I do not want to bottom – it usually hurts a fair amount and I don’t find in pleasurable. I can’t top, because my dick is probably too short for Penetration. Why should I go on? “

The guy is so distressed, that he’s finding it difficult to go on with his life. Some of the commenters have offered some sound advice, along with similar stories, such as this one:

I’ve found guys to suddenly lose interest in me/block me when they find out my size. Not take me seriously as a top etc. It’s so fucking alienating & dehumanizing. See one often gets messages from bottoms asking “hung?” or even tops who want a big trophy dick on the bottom they’re fucking.

Gay guys are pretty much the worst about making you feel insecure about your size. They have no shame in asking for a huge dick upfront. It gets really  jading really quick reading through profile after profile that makes mentions of wanting a huge penis. This is, of course, for hookups, but then again just because I’m small shouldn’t exempt me from feeling the need to get some random screws in.”