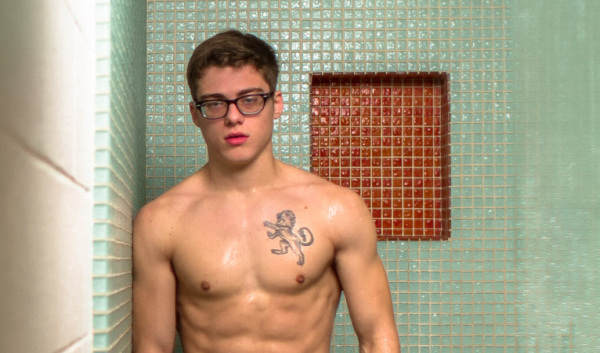 “Late 2013, I was working at a 24hour diner in Kentucky… I met this guy there, I went over to his house… One morning after we made out the night before, these three hot naked chicks ran into the room, screaming about how much money they made the night before.”

Blake assumed they were strippers, but no – they were cam girls. And that was his light-bulb moment – “I kind of looked at my pants and thought… I could do that.”

Blake isn’t gay, he’s bisexual – and that fact brings with it, sometimes, some grief on social media.

Hey, you’ve been jerking off to Sean Cody for years… let’s not sit here and pretend like they don’t. For a lot of people in the community, the B in LGBT is silent.”

“It’s going to be kind of rare, on a scene to scene basis. I’ve moved up in the company and started working for corporate (As a producer).

Filming takes time, and maintaining your body takes a lot of effort, and takes a lot of mental and emotional bandwidth that I think would be better focused elsewhere.”