When it comes to lube, gay men usually fall in one of two camps – they either don’t care which brand they use, and buy a different one every time (“Hey, ‘Sticky-Silk-Super-Slider’ is on sale!”), or they stick forever with the brand they like (possibly even the one they used when they had sex for the first time).

For many years, I was mostly part of the second camp, and kept buying the same branded lube over and over, just because it was simple. It did a good enough job, and I didn’t have to go over reviews and try to find something new.

But when I discovered Amity Jack‘s Premium Bang line of lubes, I realized my mistake: You CAN do better with lube, you just need to be willing to try. 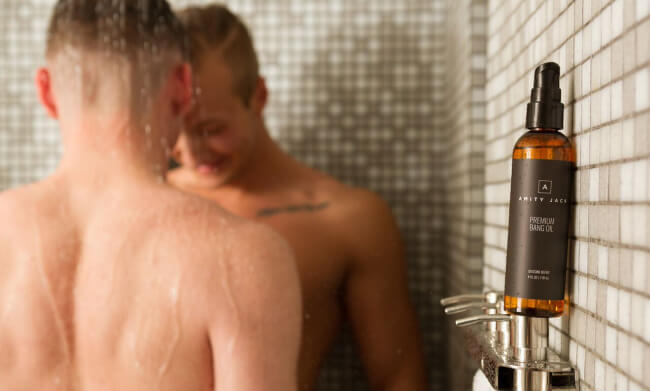 The Problems With Lube

However, at least with the type of lube I’ve been using all these years, lube leaves a mess. It starts with the bottle – no matter how hard you try, the lube always spills down on the bottle itself, which quickly becomes slippery and sticky (two contradicting elements, I know – but if you’ve ever held a lube bottle, you KNOW it can be sticky and slippery at the same time).

Next, it turns your body parts into a slippery and sticky mess. Slippery is good, of course. Sticky – not so much. And the worst part – the stickiness is “stuck” to you for hours! Especially when you use silicone-based lube… I’ve had times when two days later, and after two showers, my private parts STILL felt sticky and oily. Urgh!

So occasionally I would try the water-based lubes instead, which would leave less of a sticky mess. But again, I had issues – water based lubes usually need constant re-applying during sex, which is annoying… AND, for some reason I can’t fathom, most of the water-based lubes have this AWFULLY SWEET scent that won’t go off your hands/penis/nose for DAYS. Why would they stick this super-sweet and super-annoying smell in there? I have no idea.

So for years, I’ve endured these lube issues, assuming that’s the price I had to pay for smoother sex.

Amity Jack’s Premium Bang – Can You Do Better With Lube?

Who knew there were “lube engineers” in the world? Now I HAD to give it a try, and informed my husband we’re going to try something new. His eyes lit up, but I explained we were just trying a new type of lube. “You mean they had a sale on the Super-Slippery-Golden-2000 brand?”, he asked mockingly – yeah, he belongs to the “who cares about lube brands?” camp.

We decided to try the water-based one first. Traditionally, water-based lubes don’t last as long as silicone-based ones, AND you can’t use them with water because they dissolve quickly (so no sex in the shower…). On the plus side, water based lubes are compatible with sex toys (silicone based lubes aren’t, so be careful!). 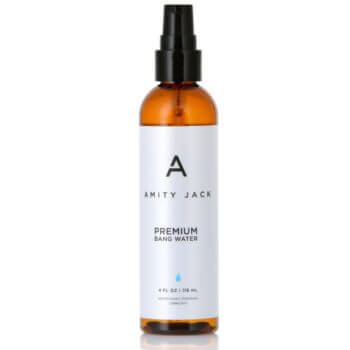 The first thing I liked about the Premium Bang Water was the bottle – it comes with a “spray” pump, which is something I’ve never seen before with a lube bottle. Many have pumps, of course, but this one sort of “sprays” the lube out, almost like a perfume bottle, so you can control the amount of lube you need, and not settle for a gooey glob of lube that the other pumps usually drop down in your palm. In addition, you don’t even have to hold the bottle and can just press the top – no more sticky lube bottles!

The second thing I immediately noticed – it was odorless. Finally! Water based lube that doesn’t smell like a super-sweet lollipop. Hey, I love bedroom lollipops – just not the sugary types. Plus, it’s tasteless (yes, I’ve checked!), which is another important feature for some.

But obviously, the important question was – will it do its job? Well, it did. It turns everything smooth and slippery right away, without feeling icky and sticky. Plus, a little goes a long way (I’m talking about the lube, mind you, not my body parts!), so you don’t have to cover your penis/hand with endless amounts of lube.

It lasted for a good while, too. Depending on your activities and how long you (or your partner) last, you might need to reapply some more lube. But with some other brands, I had to practically keep the lube bottle on the bed, because I needed to reapply it again, and again, and again. With the Premium Bang Water, I only had to get some more ONCE – and again, I managed to get exactly the [small] amount I needed, thanks to the unique pump.

Once we were all done (“OK, You CAN do new things with lube!” – even my husband concurred), there came the second most important test for any lube – will it stick?

I’m happy to report that even WITHOUT a shower, I never felt sticky and oily once things were done (well, at least not due to the LUBE…). And after the shower, it was all but gone. Another little plus – it never stained our sheets.

Will the Amity Jack’s silicone based lube change your mind? It might, depending on the things that were troubling you with the other brands.

“We have to try something new in bed again!”. You can imagine my husband’s face: “It’s lube! We used a new lube yesterday, we’ve been using lube for years, what’s so special about LUBE?!”

So OK, he had a point – the type of lube you use WON’T turn boring sex into amazing sex, and won’t fundamentally change how you both feel about each other in bed. But it CAN make a difference, and let you concentrate on the actual pleasuring part, and not on the technicalities. 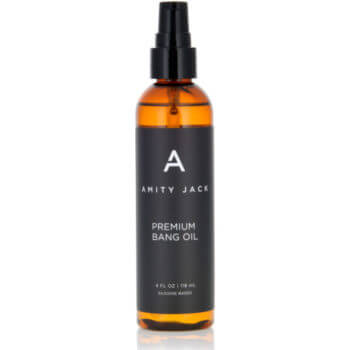 And the Premium Bang Oil definitely fits the bill. Just like the water based version, the bottle has a spray-pump that I loved, enabling you to use exact, small amounts of lube (and you really don’t need a lot of it each time).

The feeling is quite different from the water-based one – silicone lubes cover you with a thicker, heavier layer. The bang oil also warmed up a bit during use, which is a fun addition.

It lasted even longer than the water-based one, and this time we didn’t even need to reapply any, but of course, that would depend on your activities, and how long you’re in bed.

Now for the second test – how would it feel AFTER the sex? With silicone-based lubes, it’s an even more serious issue (than waster-based ones), because they often leave an annoying residue for HOURS. Well, not this time – after we were done, and again, even BEFORE the shower, there were hardly any remnants of the lube left – on my hands, as well.

With other silicone based lubes, I usually have to wash my hands and everything else again… again… and again… and I still feel sticky for hours. Oh, and that annoying scent again… but with the Premium Bang Oil – a simple wash-up was enough, and I was ready to shake hands with world leaders.

Water and Silicone – Never The Two Shall Meet 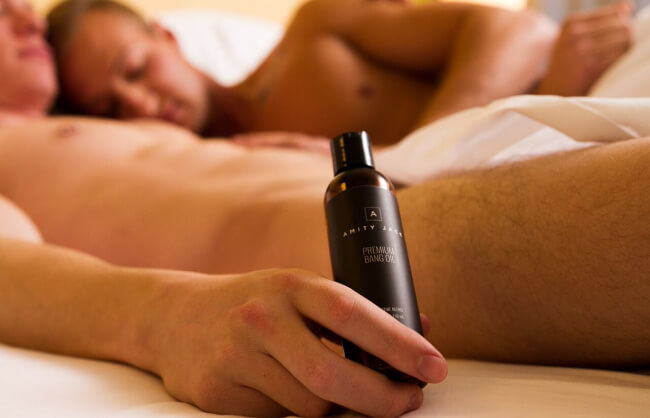 Finally, the choice is now only a matter of preference, depending on which one makes you FEEL better. They both last for a pretty long time, they’re BOTH odorless and tasteless, and they BOTH disappear when you’re done. But they do have a different feel, so you just need to decide whether you like the silky, “clean” feeling of the water-based one, or the thick, warm feeling of the silicone based one.

Me and my husband differ in our choices here (It’s water for me, silicone for him…) – so, good thing we’ve got both. Versatility in bed is important!

Where Does It Come From – And Where Can I Get It?

One of the unique aspects of Amity Jack’s Premium Bang lubes, is that it’s wholly made in the United States, with premium ingredients and the highest-grade silicones in the market. “We make sure that we are buying first hand chemicals and not knock offs”, Andrew from Amity Jack tells me. “We use all local manufacturing facilities, trying to keep the business as local as possible.”

A family operation of lube manufacturing? Almost, as Andrew adds: “I wish I could say my father was a lube man and his father before him was a lube man – so lube runs through my family – but that would be a lie. In fact – I come from a very conservative family where some would probably die if they knew about my venture into the lube game!

“The goal in any lube is to make it last long and clean up easily. Not the easiest of accomplishments. We feel we have almost perfected the art. Our products are also cleared and have received medical device 2 classification. Not only is it approved by all bottoms. Its approved by your doctor.”

So, even if, like me, you’ve been loyal to one brand of lube all your life, you really should give Amity Jack’s Premium Bang lubes a try – you might be surprised, as I was.

You can get them directly from Amity Jack’s website – You can buy individual bottles, cheaper-priced bundles, or “Bang Bullets” – small, one-time-use glass vials, for those night-outs when you need some lube in your pocket.