And when this guy started having feelings for his friend, they ended up making out… but he’s still not sure about the labels. 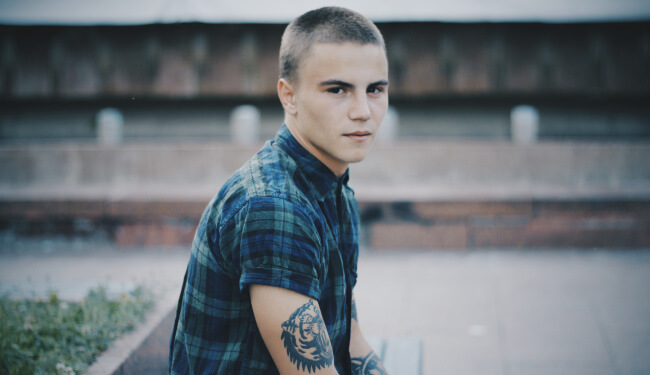 It all started about a month ago, when this guy on Reddit explained how he was surprised to find out that his long-time friend is gay. “A few months into our friendship he mentioned ‘boyfriend’ and I was so surprised – he’s pretty straight-acting.”

The remained good friends, and that’s when things became complicated.

“I never thought this would happen but I think I’m starting to like him. I want to try to do ‘more-than-friend’ things with him.

I’m probably what you’d describe ‘in the closet’ about this as well. I probably wouldn’t be comfortable being ‘out’ right now.

Not really sure how to approach this. I’ve only had one girlfriend and flings with two of my sister’s friends, both a very, very long time ago, but part of that is due to me being pretty shy and simply a loner or recluse-type.

We have a great friendship but I’d hate to ruin that over these mixed feelings and emotions. Part of me wants to tell him now, but the other part doesn’t want me biting the bullet and potentially losing a good friend.”

This week, the guy came back to Reddit, with a happy update. Things have progressed nicely for the two.

“So my friend and I managed to hangout again and holy crap, how things moved fast (at least that’s how it felt like for me).

He got me to cuddle with him and a bit into the cuddling I ended up making the first move to kiss him, which really surprised him (and on the inside me too). We ended up making out multiple times, it was crazy.

As far as sex goes, I have to say that our experience made me more confident in how I’d be identified as and what I would want and don’t want.

We didn’t go all the way, but I’m happy about that. I’ve known this guy for a few years but I feel like I’d have to take sexual experiences slowly.

I know he wants me to go further, and as much as I am interested right now I think the cuddling and making out and passionate talk is what I’m comfortable with.

I also feel like after our experience I feel more comfortable with a bisexual label. Not ready to be out about it, but I don’t think I’d feel ashamed if asked about my preference either.”