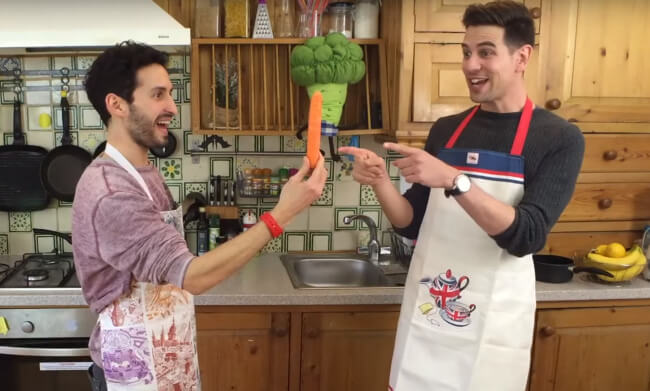 The entertaining video comes to us from a group called “Egg F*nk“, and stars Nir Kitaro and Eyal Goldshtein. The singing starts right away, with poor Nir being cold and alone. Eyal comes to the rescue, with a song, a dance – and some vegetables.

It all goes crazy from there, with mighty carrots, trumpets, and two guys in a dress. They even provide the actual recipe which you can make at home (two guys not included).