If you’re a gay man of a certain age, you surely remember Ryan Phillippe’s butt. Or at least, seeing that butt for the first time – on the cult movie Cruel Intentions. Now, in a new interview, Ryan talks about that famous scene – and, yes, about his butt.

Ryan, who was 24-years-old at the time, was at the height of his sexiness in the film – and, luckily for all of us, he also bared his butt. A generation of gay men stopped breathing for a second. 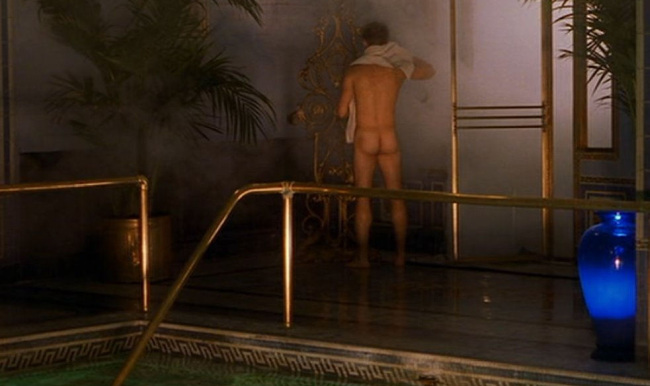 Now, Entertainment Weekly brought the cast together – and Ryan talks about that scene:

“I felt okay with [showing] my butt. Everybody has a butt, it’s really not that graphic. [Laughs] So many guys on Twitter are like, “That’s the moment I knew I was gay,” and there have been guys like, “I behaved like Sebastian to get laid!” [Laughs] Which I never did.”

Another revelation on that film was Joshua Jackson, mostly known from Dawson’s Creek at that point. Uncharacteristically for the time period, Joshua portrayed a perky gay character.

“…I was more concerned with making my character real. You didn’t see a lot of gay characters, period. But [especially] gay characters that weren’t caricatures, so I wanted to make sure that, even with dialogue that was beautifully over-the-top, he still felt like a real person.”

Going back to Ryan Phillippe, he has an interesting gay past on our TV screens, having played, back in 1992, the first ever gay teenager on an American TV show, “Billy Douglas“, on the daytime soap One Life to Live.

“I remember the fan mail that we would get”, he said last year about that role, “From gay teenagers or from parents of gay teenagers who found a way in to relate to or talk to their child through the show.”

So yes, gay men already owe Ryan a lot following both the movie – and the TV show.