Last Friday, 24 hours before the attack in London, Robbie Williams was paying tribute to the 22 victims of the Manchester attack, while performing at the Manchester Etihad Stadium. Robbie, who was clearly very emotional during the performance of “Angels”, could barely sing, as 50,000 men and women helped him along, singing and crying with him. 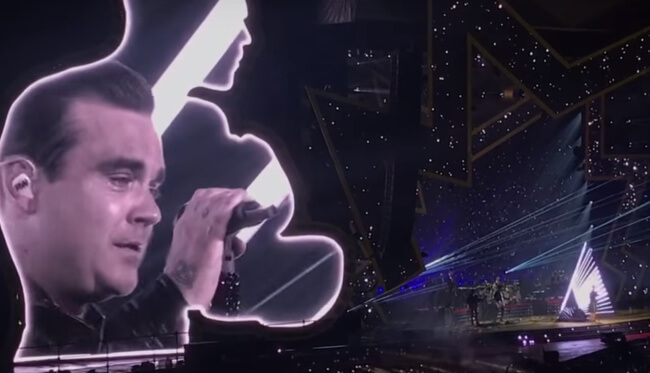 On Friday, Robbie Williams, who was born in Manchester, performed at the Manchester Etihad Stadium. As a tribute to the 22 victims, Robbie changed the lyrics to his song “Strong” –

At the end of the concert, Robbie finished, as he usually does, with his song “Angels”. This time, dedicating the song to the victims, little children among them, Robbie broke down mid-song, with the crowd of tens of thousands helping him along.

Today, 50,000 fans gathered again, this time at the Old Trafford cricket ground in Manchester, for the “One Love Manchester” concert, where numerous performers joined Ariana Grande for a tribute broadcast around the world.