And it’s as sexy and funny as you can imagine… plus, it’s FREE to watch this weekend. 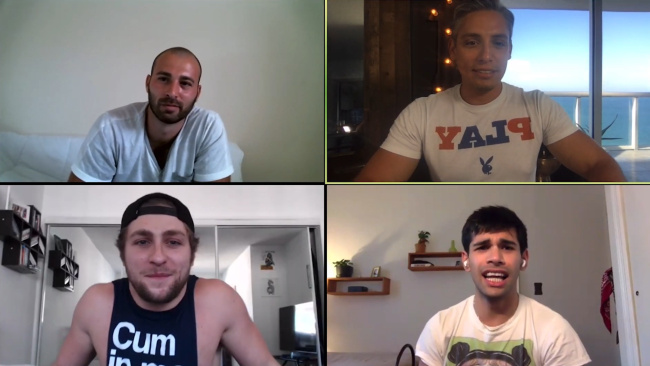 We get to see a personal side of the stars we love and then watch them go head-to-head with each other in a series of ridiculous and campy games. It’s a new way to get into their heads before we get in their beds.”

The gameshow is part of a larger strategy for Naked Sword, in the age of the current pandemic: producing virtual content to be released weekly for FREE as part of ‘Weekends At NakedSword’ which starts with PLAY on Friday, May 22nd.

In addition to more episodes of PLAY to be released soon, NakedSword also has a plethora of virtually produced content that will be available for free as part of “Weekends at NakedSword” including Naked Cooking Shows, Workout videos, virtual sex videos with big name stars, and more to be released in the coming weeks.

During the long weekend (Until May 25), fans can watch PLAY without a subscription. If you want to keep watching after that, or watch past episodes, you’ll need to sign up – so we got you a special 50% OFF discount by clicking here.

Remember – this also gets you a full Naked Sword membership, which means thousands and thousands of scenes from numerous studios.