Pride season is all about diversity – from parades to parties, from fun to activism – yet every year, there are still those who question the need for Pride, and wonder what it all even means.

Listening to people like John Michael Rodriguez and Guy Anthony explain what Pride is to them, and how it’s all about friends, and love, and not being afraid – really makes it all worthwhile. 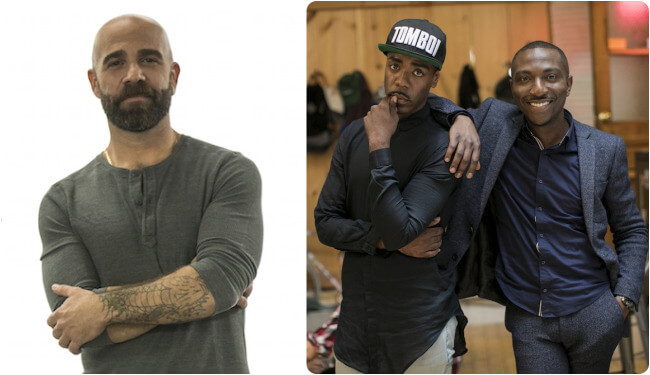 These personal videos were created as part of Bud Light’s Pride initiative. While many companies settle for slapping their logo on a rainbow flag during the parade, the folks over at Bud Light were interested in doing something a bit more meaningful.

Tapping into a vast network of people they know, the project’s aim was to share compelling stories from the LGBTQ+ community in an authentic way, while celebrating diversity, friendship, and of course – Pride. Plus, underneath this all was the desire to support local LGBTQ+ non-profits in New York and Washington DC.

John is a photographer and bartender who moved from Miami to NYC.

“For a long time I was really afraid to be myself”, John recalls in his video. “I lived very much in secrecy. I didn’t come out until I was 26.”

But now, John no longer hesitates. He has no more secrets, or anything he has to hold back. Watch his moving description of what Pride means to him:

Guy, who is an activist, community leader and author from Washington DC, was diagnosed with HIV as a teen, and has since then dedicated his life to fighting HIV/Aids-related stigmas.

In his Pride video, Guy was filmed together with his best friend, Dane. “For me, he is home.”, Guy describes his friend. “I wasn’t accepted as a gay kid. It would be like – ‘Dane could you come get me, my mom kicked me out again’.”

Following the release of the videos in this project (there’s also a video of Iman from Egypt, and one of Tamara and Carly), the responses have been overwhelmingly positive.

The friends, families and communities of John, Guy and the rest were inspired by these messages of hope and friendship – which is exactly the purpose of Pride.