Our TV landscape is full of hot guys these days (we’re not complaining!), but it’s always fun to discover a newcomer – especially when he looks like Tom Mercier. And as is common these days – we got to see him naked on screen. As in, VERY naked. 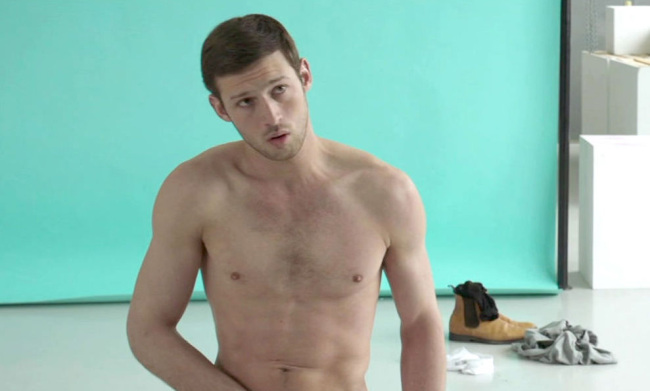 Tom Mercier is an otherworldly 27-year-old gorgeous Israeli actor, who you might have seen on the acclaimed indie film Synonyms, or more recently on HBO’s We Are Who We Are.

And since he stripped there, our friends from Mr Man were kind enough to collect some of his hottest moments. Of course, some of those moments are a bit TOO NSFW for us – so you’ll have to head over to them for the, ehm, more explicit bits (No pun intended – those bits definitely look bigger, than, well, bits).

Tom Mercier first went nude in the 2019 films Synonyms, and most recently stripped down for the HBO series We Are Who We Are.

And Yes, he shows everything… (Want the uncensored version? it’s here) 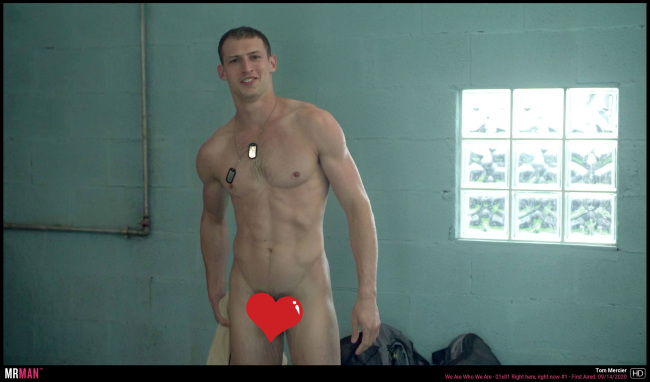 … And, on the HBO series, he also fulfilled a curious teen’s fantasies when he walked across a shower full of military men fully nude and fully wet! 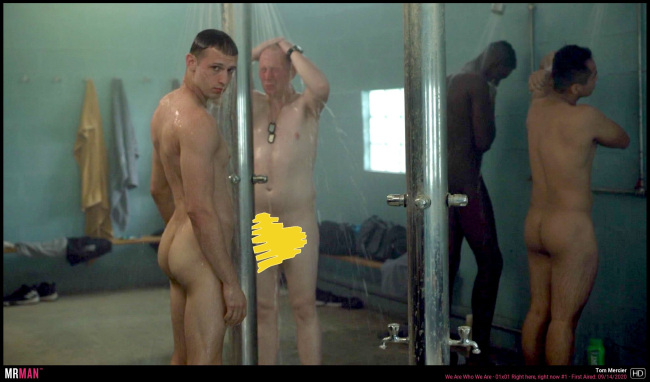 Again, we really had to cut out some of the… very explicit moments. So go on over to Mr Man for the full uncensored version, as well as thousands of other naked male celebrities. You can subscribe for just $5/month.