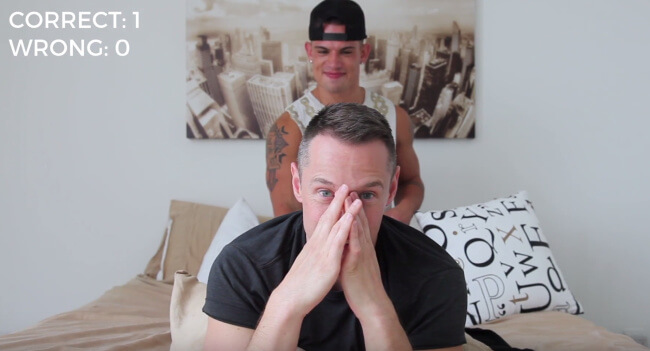 “There’s this really annoying thing on YouTube called ‘What’s Up My Butt’ challenge”, Davey explains at the beginning of the video, “Which would be great if people would actually be putting the things up their butt, but they don’t. So today, we’re going to do the REAL ‘What’s up my butt challenge’.”

“As gay men”, Davey continues, “Everyone’s trying to shame us and guilt us for being gay. We need to approach gay sex and sexuality with joy, so I’m joyfully going to put these things up my butt.”

Davey is then asked to name the object that was just pushed into him. And like any good game show, there’s a prize, involving Brent taking items of clothing off.