When you’re a YouTuber, your face is out there – and that sometimes leads to scary encounters. YouTuber Jake Stone tells in his most recent video, the story of how a famous, closeted celebrity, who was linked to sexual activities with minors, tried to get him to come to his mansion and meet another boy there. 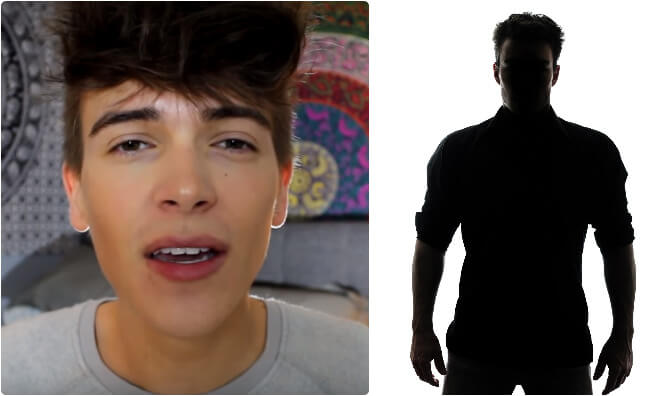 “Three weeks ago I was contacted by this man through my email”, Jake starts his story, “and he wanted me to come and wear shirts for him and be photographed. I assumed it was some kind of merchandise.”

But it got a lot more fishy from there:

He asked me to meet in a city that’s very close to me. I was very confused and guarded – how did he know where I live?

He gave me his phone number without asking for mine, so I decided to put in the number in a special app that tells you who that number belongs to. I wasn’t expecting this to be anybody famous, but I typed in the phone number and I got a name that I was not familiar with.

I googled it, and I found a pretty well liked Facebook page. I was %99 sure that the person who contacted me was this man, this celebrity. He isn’t someone who you see everyday being chased by paparazzi, but there’s a very good chance that you know who he is.

When I told my family, they all knew who I was talking about and they were shocked.

Then I googled his spouse – is he gay? is he openly gay? And then I found out he has a wife and children.

I was so down to meet him and see what this is about. He is a big man, but I was not scared to go, I carry a taser and pepper spray and a knife, so I was ready for this.

I pulled up to his house, which turned out to be massive. It had huge walls around it.

Then my dad called me. “Please tell me that you’re not there yet. I just found a bunch of court documents that talk about young male victims that have been lured to his house and have been gives drugs and sedatives and forced to perform sexual acts with each other.”

Then I remembered that he told me that there was another boy coming to be photographed. Then it all clicked.

Watch the video to hear how it all ends: